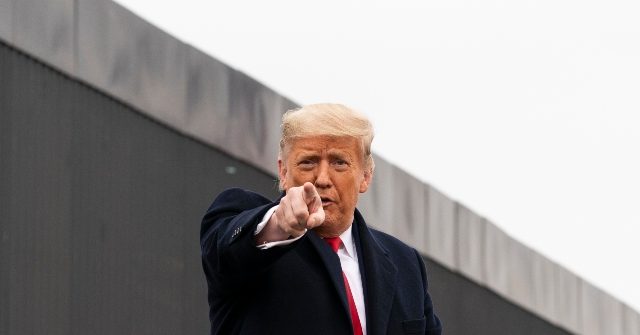 President Donald Trump called for his supporters to remain peaceful during the transition of power during the inauguration of President-elect Joe Biden in a statement released on Wednesday.

“In light of reports of more demonstrations, I urge that there must be NO violence, NO lawbreaking, and NO vandalism of any kind,” the president said in a statement to reporters that was first published by Fox News.

Trump reminded his supporters that he did not stand for violent protests amid reports that there were other uprisings planned around the country.

“That is not what I stand for, and it is not what America stands for,” he said. “I call on ALL Americans to help ease tensions and calm tempers.”

Trump’s message was released Wednesday afternoon as the House of Representatives, led by Speaker Nancy Pelosi, moved to impeach the president on the basis that he incited the mob of his supporters to attack Capitol Hill.

A senior Trump adviser told Fox News that the president wanted Big Tech companies to “join with him” to secure a peaceful transition of power.

“This is a critical time in our nation’s history and surely we can all come together to deliver this important message and not continue to play partisan politics,” the adviser told Fox News.