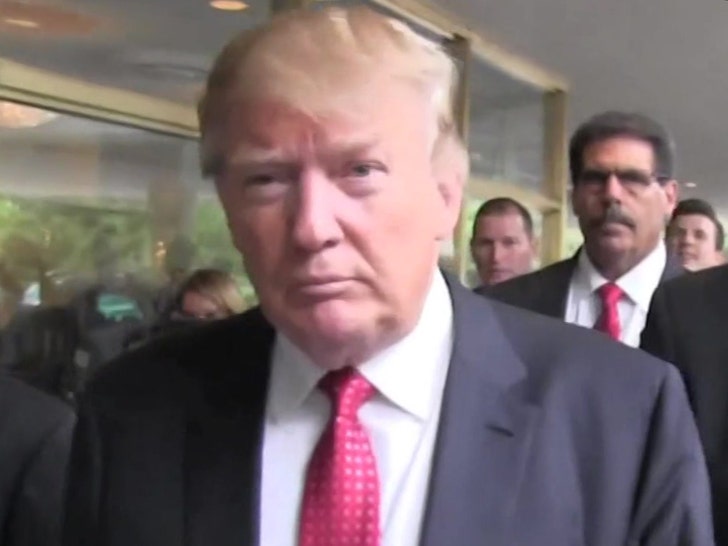 President Trump is singing a different, more peaceful, tune now that he’s about to be impeached a second time — he’s now urging law and order from his followers.

Banned from Twitter, the Prez instead had to issue a statement Wednesday through the White House in which he urged non-violence among his supporters.

Trump says … “In light of reports of more demonstrations, I urge that there must be NO violence, NO lawbreaking and NO vandalism of any kind. That is not what I stand for, and it is not what America stands for.” 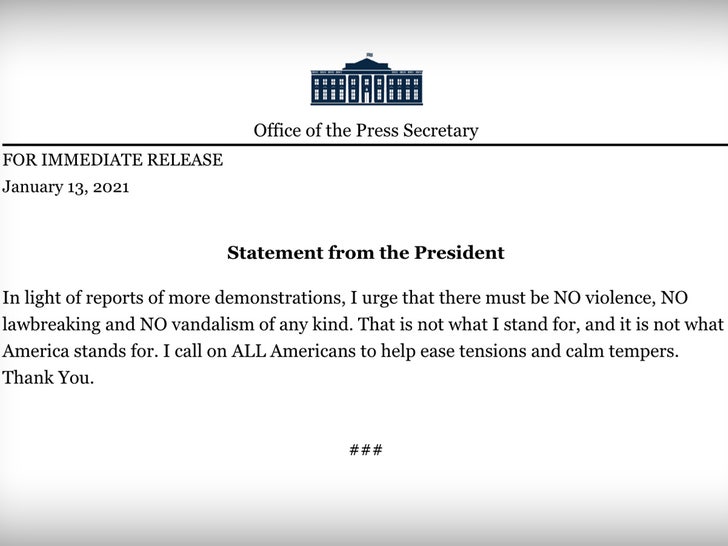 As we’ve reported … insurrectionists are vowing to stage protests in all 50 state capitals, including a return to the U.S. Capitol, and the FBI has said many are plotting violence.

POTUS continues … “I call on ALL Americans to help ease tensions and calm tempers. Thank You.”