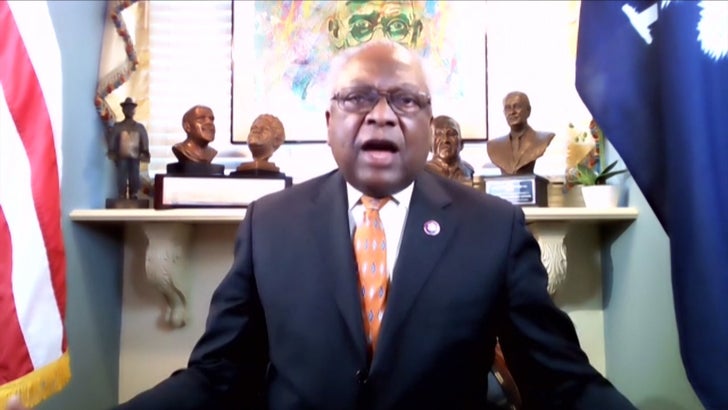 Rep. Jim Clyburn says the Republican members of Congress who want to be armed on the House floor are striking fear into colleagues — and he believes they might have ill intentions.

The Congressman from South Carolina dropped his bombshell Wednesday on “TMZ Live” … revealing his suspicion of several GOP legislators who refused to go through metal detectors Tuesday night at the Capitol. He says some of them were armed, and that made other Reps nervous.

That’s because, according to Clyburn, some of the armed lawmakers might be suspected of helping the pro-Trump insurrectionists … part of a possible inside job.

Rep. Clyburn says other Congressmen and women are afraid these armed lawmakers might do “crazy things” while on the House floor.

On a less dividing note … Clyburn told us why he recently introduced legislation to make “Lift Every Voice and Sing” the official national hymn in the U.S.

If you aren’t familiar, the song’s been dubbed the “Black national anthem,” but at a time in the country when everything feels so divided … Clyburn believes it should lose that moniker and provide a unifying message for people of all races.