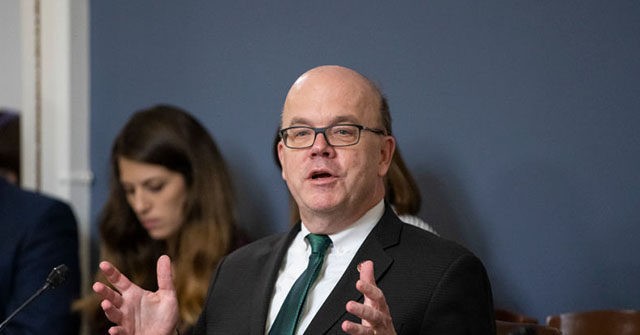 Rep. Jim McGovern (D-MA), chair of the House Rules Committee, told his colleagues on Wednesday that President Trump must be held accountable for the protests that occurred at the U.S. Capitol last week because “he organized” and “incited” them.

The House of Representatives is considering articles of impeachment against Trump on Wednesday, blaming him for the chaos that descended upon the Capitol last week.

“It’s a miracle more people didn’t die,” McGovern said on the House floor, explaining that he witnessed “evil” in the eyes of those who breached the Speaker’s Lobby.

“Our country came under attack not from a foreign nation, but from within. These were not protesters. These were not patriots. These were traitors. There were domestic terrorists, Mr. Speaker,  and they were acting under the orders of Donald Trump,” he claimed.

He rejected the suggestion of his GOP colleagues to move on from the “horror,” concluding that they would be failing to uphold their constitutional oaths.

“We can’t have unity without truth and without accountability. And I’m not about to be lectured by people who just voted to overturn the results of a free and fair election. America was attacked, and we must respond,” he said before placing the blame squarely on Trump.

“Even when the cause of this violence resides at 1600 Pennsylvania Avenue.  … The actions of Donald Trump have called each of us to fulfill that oath today,” he said, adding that “our nation” and “freedom” are in danger every moment Trump remains in office.

“He must be held to account for the attack on our Capitol that he organized and he incited,” McGovern added.

Trump spoke to supporters at what was dubbed the “Save America” rally on Wednesday but did not organize a siege on the U.S. Capitol or encourage supporters to lawlessly storm the building. Rather, the president repeatedly called for peace as the chaos unfolded, only to be censored by Twitter and ultimately banned from the platform later in the week.

Not once on Wednesday, nor in the days leading up to the protest, did Trump encourage supporters to commit lawless acts. As the chaos unfolded at the Capitol, Trump repeatedly called for peace.

“Please support our Capitol Police and Law Enforcement. They are truly on the side of our Country. Stay peaceful!” Trump tweeted in the early afternoon, later asking “for everyone at the U.S. Capitol to remain peaceful.”

“No violence! Remember, WE are the Party of Law & Order – respect the Law and our great men and women in Blue. Thank you!” he followed up, later encouraging protesters to “go home with love & in peace.”