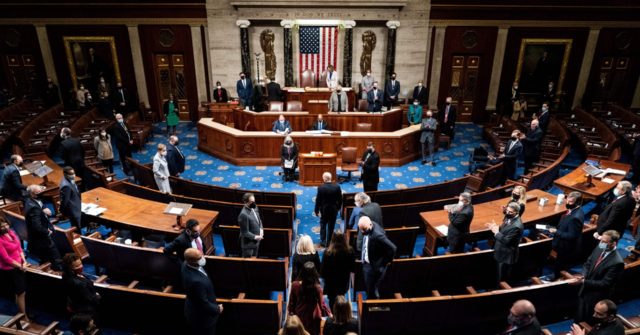 The House of Representatives will consider Articles of Impeachment against President Donald Trump on Wednesday.

The House will vote on Articles of Impeachment against Trump for his actions last week, in which Democrats and some Republicans believe Trump tried to incite a riot and worked to prevent the certification of the 2020 presidential election.

The Articles of Impeachment are expected to pass through the House; however, it is expected that roughly ten Republicans will vote to impeach the 45th president.

The resolution follows as the House voted Tuesday on a resolution calling on Vice President Mike Pence to invoke the 25th Amendment and remove Trump from office. The resolution passed on almost entirely partisan lines, although Rep. Adam Kinzinger (R-IL) voted for the resolution.

“When Representative Cheney came out for impeachment today, she failed to consult with the Conference, failed to abide by the spirit of the rules of the Republican Conference, and ignored the preferences of Republican voters,” Rosendale said in a statement Tuesday.

“She is weakening our conference at a key moment for personal political gain and is unfit to lead. She must step down as Conference Chair.”

“She should resign her position as a conference chair and should not be serving this conference. That’s it,” Biggs told the Washington Examiner.

Follow Breitbart News for more coverage of the impeachment vote.