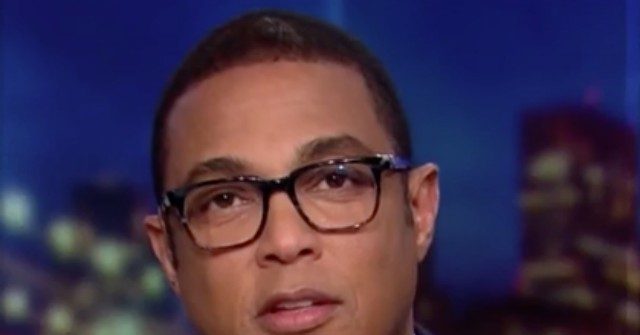 During the handover with anchor Chris Cuomo, CNN’s Don Lemon said that “you don’t see racists and insurrectionists and white supremacists” flourishing in the Democratic Party.

Discussing commentator Van Jones, anchor Chris Cuomo said, “Van was on, and he said there are more awesome people than there are bad people in this country. Agreed. The old expression, it only takes for evil to flourish for good men to standby and do nothing. You look at what’s happening on the right side of the aisle, and you tell me that we are moving towards the majority, starting to recognize the needs of the minority. I don’t see. They have the worse kind of people gaining power on that side of the aisle, their New America First caucus. It is getting scary over there.”

Lemon said, “Well, let’s put it this way. In order for it to take root in the party, there has to be something about the party and people who are in it and people who are running it and the people who are part of it to allow that. Because I don’t think, and again, you and your social media, don’t give me this Democrats or liberal thing because I am not, and either am I conservative. That does not happen with Democrats. It happens with Republicans. You don’t see racists and insurrectionists and white supremacists and Jews will not replace us and blood and soil. You don’t see that flourishing in the Democratic Party.”

Cuomo said, “Because you guys are trying to replace the white people, that’s what they are selling.”