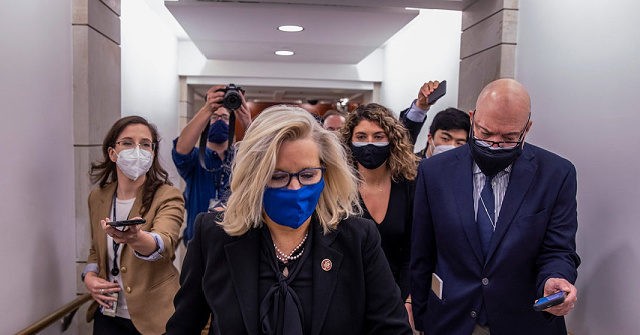 Multiple anti-Trump lawmakers are spending campaign donations on various security services, amounts that have soared over the past several months since the election, according to their Federal Election Commission (FEC) filings.

According to the FEC filings, seven lawmakers have spent tens of thousands on private security companies. Punchbowl News reported some high-profile Democrats and a small number of Republicans, who voted to impeach the former president, have “shelled out piles of cash.” Some lawmakers went as far as to tell Punchbowl lawmakers have seen a “flood of death threats after opposing Trump, and feared for their own safety and the welfare of their families and staff.”

Republican Sen. Pat Toomey (R-PA) spend nearly $70,000 on security services in his filing. According to his FEC files:

His campaign spent $39,000 with T&M USA LLC, which provides a variety of security services; $18,376 with Altronics, which provides closed-circuit security monitoring; $7,300 with Fortified Estate, which brands itself as “The Leader In Refined Ballistic Doors, Windows, Walls & Panic Rooms”; $3,900 at Tint Pro, which provides shaded windows; and $650 with Lehigh Valley Paladin LLC, security and intelligence professionals.

Republican Rep. John Katko (R-NY) spent approximately $19,874 on security services, according to the report, after spending zero dollars in his 2020 campaign season. He used 3 Rings Protection, which specializes in “concentric rings of security” and is veteran-owned and operated. Punchbowl noted that his expenditures for security services soared after he voted to impeach Trump.

Republican Rep. Anthony Gonzalez (R-OH) spent $1,540, according to his files, on “residential security” with a group known as Osen Hunter Group. The group is known to specialize “in comprehensive, layered security solutions that scale and adapt with changing threats and client needs.”

Democrat Rep. Eric Swalwell (D-CA) reportedly spent $44,400 with the firm Global Guardian LLC, which is based in Virginia. The group is known for an “integrated suite of best-in-class security services that help clients identify and mitigate the risks of traveling and doing business both overseas and domestically.”

According to Punchbowl, “Swalwell was also temporarily assigned a Capitol Police security detail after he was an impeachment manager.”

Democrat Rep. Alexandria Ocasio-Cortez (D-NY), according to her filings, spent more than $45,000 on security services. The money spent on her security from the campaign also included her trip to Houston. Ocasio-Cortez “is one of the most high-profile members of Congress,” noted Punchbowl, adding, “she’s come under intense criticism from right-wing media.”

The FEC allows these types of expenditures to be paid from their campaigns. Punchbowl reported, in the past, lawmakers have been known to purchase an alarm system or closed-circuit TV camera for their living residence, but the spending has not been this substantial.

Axios noted, the private security expenditures were specifically common for the “anti-Trump Republicans” and the “high-profile Democrats.” Axios believes this is the lawmakers “signaling they fear for the safety of themselves and their families” after voting to convict Trump of impeachment and the Capitol riot in January.