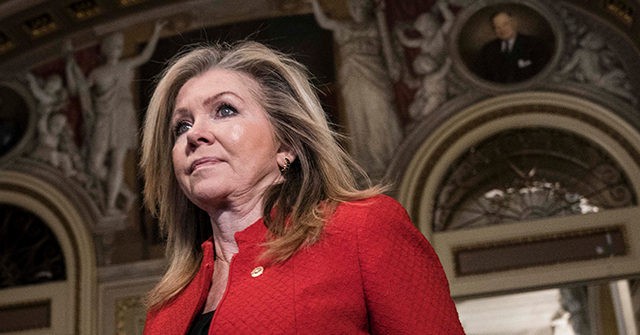 Saturday, during an appearance on FNC’s “Fox News Live,” Sen. Marsha Blackburn (R-TN) charged that while Democrats would like to see the number of justices on the Supreme Court expanded, the gesture was an act of political convenience given the mood of the party’s far-left flank.

“Griff, what they’re I think what they’re doing is political convenience,” she said. “They know that progressives want to see the court packed. They want to fill it with liberal justices so that they essentially have a super-legislative majority.”

The Tennessee Republican lawmaker described the scenario as “bad cop-good cop” and likened it to the Green New Deal proposal.

“I think that they’re doing is they’re trying to play a little bit of bad cop-good cop,” Blackburn added. “We’ve seen this with other policies. Take, for instance, the Green New Deal. They had some that were on the far left, the progressives, go out and talk about doing a Green New Deal. Now they’re putting this into what is the so-called infrastructure bill where the majority of the bill, only 6% of the bill is for roads and bridges, and the majority is for other things, including provisions by the Green New Deal. They’re doing the same thing with court-packing — to say we’ve got this commission, and they’re saying, ‘Well, we’re going to push it a little bit,’ by saying, ‘Well, we’ve got a bill, and we’re ready to go with this.’”