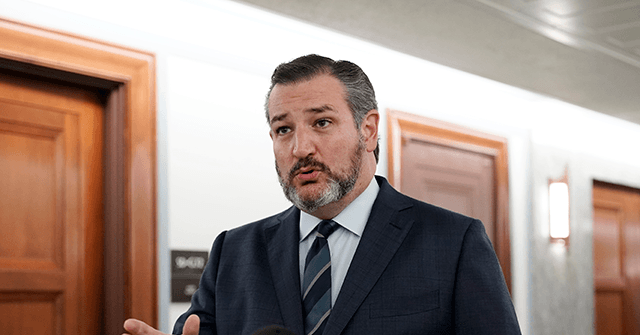 During an appearance on “Fox News @ Night” early Saturday, Sen. Ted Cruz (R-TX) weighed in on overtures from Democrats to expand the number of justices on the Supreme Court.

Cruz compared efforts by former President Franklin Delano Roosevelt in the last century to alter the number of justice but had gotten pushback from congressional Democrats at the time, which ended that push.

However, the Texas Republican U.S. Senator said that unlike Roosevelt, President Joe Biden has support from Democrats on Capitol Hill.

“I think he absolutely wants to do that,” Cruz said.”He’s appointed a commission to study packing the Supreme Court. Just this week, Democrats in both the House and Senate introduced their legislation to pack the Supreme Court, to take it from nine justices to 13 justices. You know, this is not the first time Democrats have tried to do this. FDR, when he was president, tried to pack the Supreme Court to ram through left-wing policies and his own party. The Democratic Party stopped, and they said, well, that’s too much that’s too far, it would undermine the integrity of the judicial system, it would undermine the rule of law, we aren’t going to do it.”

“The difference is now it’s the congressional Democrats who are cheering Joe Biden on to pack the court,” he added. “And if they succeed in packing the court, we would have a radical left-wing Supreme Court that would take away our fundamental rights to free speech, our rights to religious liberty, our rights to the Second Amendment, all of those rights, hang in the balance.”