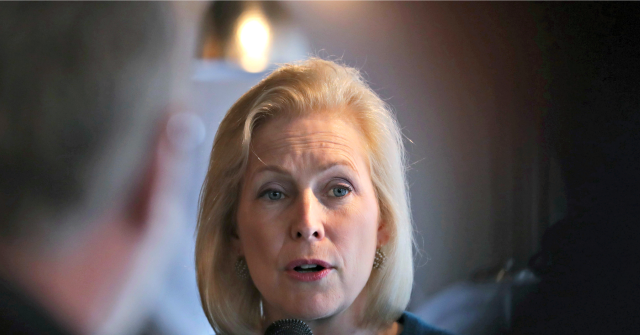 Gillibrand said that Biden will still have credibility as a bipartisan leader even if both the coronavirus relief and infrastructure packages pass through reconciliation without Republican votes because “I think from a voters’ perspective, they see solving the COVID crisis, getting the economy up and running, the most bipartisan agenda you could have.”

Host Margaret Hoover then asked, “Is that a little bit redefining what bipartisanship means, though?”

Gillibrand responded, “It is. And I think that’s fair. But in this moment, when things have become so hyperpartisan, I still think it’s legitimate. And our job and the reason why we were elected and given the majority in the House and given the presidency was because the agenda that Joe Biden promised to get done. And so, I think the American people need us to do this. And if Mitch McConnell and the Republicans don’t want to help, that’s fine. I mean, it’s their choice. they’ve put politics over people. It’s not surprising, and I think it’s a mistake.”