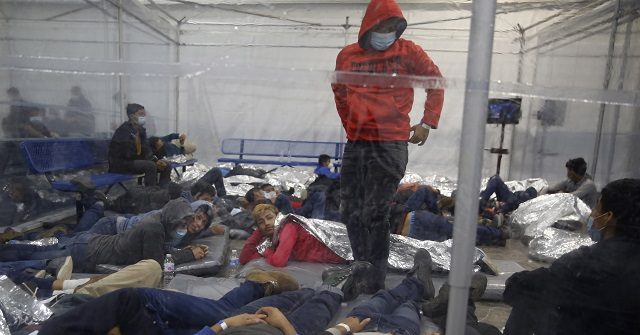 President Joe Biden finally described the rush of unaccompanied minor migrants to the border as a “crisis” on Saturday, despite himself and members of his administration previously refusing to use the word to describe the situation.

Biden spoke to reporters about the border crisis after a round of golf at the Delaware Country Club on Saturday.

He commented on the crisis as he explained why he reversed his position on raising the caps set by former President Donald Trump on refugees.

“The problem was that the refugee part was working on the crisis that ended up on the border with young people,” he said to reporters. “We couldn’t do two things at once. But now we are going to increase the number.”

Preliminary data shows more than 18,500 unaccompanied children crossed the border in March, 60 percent more than the previous record of 11,494 in May 2019.

In March, Biden denied the flood of migrants coming to the Southern border was a crisis.

“No,” he replied when a reporter asked him if it was a crisis. “We’ll be able to handle it. God willing.”

Department of Homeland Security Secretary Alejandro Mayorkas also said the border situation was not a crisis.

“I think the answer is no,” Mayorkas said when asked by a reporter if there was a crisis on the border. “I think there is a challenge at the border that we are managing, and we have our resources dedicated to managing it.”

In March, White House press secretary Jen Psaki corrected herself after she referred to the problems at the border as a “crisis.”

“Challenges on the border,” she said when asked by a reporter if the administration had changed its view of the crisis.