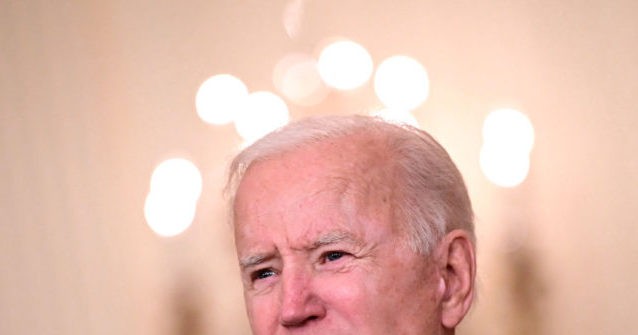 Pro-migration Democrats and business allies got President Joe Biden to quickly overrule a Friday announcement by his top staff that would have capped the 2021 inflow of refugees at 15,000.

“The President’s directive today has been the subject of some confusion,” White House press secretary Jen Psaki said in an afternoon statement. “We expect the President to set a final, increased refugee cap for the remainder of this fiscal year by May 15,” she added.

America needs to rebuild our refugee resettlement program. We will use all 15,000 slots under the new Determination and work with Congress on increasing admissions and building back to the numbers to which we’ve committed.

The scale of the reversal may not be known until May 15, when the final 2021 number is scheduled for release. But pro-migration groups are hoping that Biden will announce a 2021 goal of importing several tens-of-thousands of refugees before October, up from the 15,000 scheduled by former President Donald Trump.

Late Friday, White House officials held a call with refugee advocates, during which deputy national security adviser Jon Finer said the cap would likely be lifted well before May 15, according to two people on the call. Finer also said that the administration would try to resettle refugees as soon as possible, rather than spreading out the admissions until Sept. 30, the people said. White House officials plan to hold another meeting with advocates next week, people with knowledge of the plans said.

The politicians’ protests were backed up by pro-migration advocates, including the FWD.us group of investors funded by Facebook founder Mark Zuckerberg.

“We strongly urge President Biden to reverse this decision and commit to his prior promises to rebuild America’s refugee program,” said a quick statement from the FWD.us group, which supports almost any increased inflow of workers, consumers, and renters into the American economy.

The tweeted statement by the wealthy investors suggested that Biden should overrule his top deputies, despite the polling crash caused by the pro-migration preferences of his appointee at the Department of Homeland Security:

At some of our best moments, America has been a beacon of hope and a nation that actively seeks to welcome those seeking refuge—and at some of our worst, we turned our back on those very people in their time of greatest need … today’s decision is not only morally wrong, but will make the forced migration situation from Central America worse.

We strongly urge President Biden to reverse this decision and commit to his prior promises to rebuild America’s refugee program.

The Zuckerberg group of investors is the leading funder and advocate for more migration into Americans’ communities and workplaces. Many other like-minded groups that have received funds from Zuckerberg joined in the backlash.

“Biden should revisit” the decision, said a tweet from Frank Sharry at the Zuckerberg-funded America’s Voice group. “This refugee decision [reeks] of politics. If that’s true, then it’s an unforced political error,” Sharry said in another tweet.

“This decision is bullshit,” Sharry continued in another tweet.

The National Immigration Forum — another recipient of Zuckerberg funds — joined in slamming the 15,000 announcement, saying:

On the day the Biden administration decides to maintain refugee resettlement historic lows, I think about the Afghans who helped our military and what they must be thinking.

“This is a testament to the power that people’s movements, community advocates, & progressive coalitions have built,” Ocasio-Cortez tweeted. “Thankful for that and the Biden admin’s decision to respond to organizers today. Now let’s get these families to their new homes here in the United States.”

The Biden reversal will likely worsen public worries about his immigration policies.

A White House official told the New York Times that the lower goal of 15,000 was picked because of public opposition to the border chaos:

A senior administration official, speaking on the condition of anonymity to discuss the decision-making, said the administration grew concerned that the surge of border crossings by unaccompanied minors was too much and had already overwhelmed the refugee branch of the Department of Health and Human Services.

People close to the White House’s decision-making have said they detected political concerns about expanding the refugee program at a moment when there is increasing pressure on Biden to be tougher on immigration and border security. Biden is dealing with a surge in the number of migrants arriving on the southern border, which has caused policy and political worries about immigration inside the White House, according to people with knowledge of the situation.

Just 22 percent of swing-voting independents and 27 percent of Latinos support Biden’s policy to extricate hundreds of thousands of migrants from their countries into a Hunger Games-style obstacle course, so they can be used in the U.S. economy.

GOP voters strongly oppose these policies, so the Quinnipiac numbers translate into a national disapproval rate of 55 percent, with just 29 percent approval for Biden’s immigration policy.

The programs are supported by low-wage employers, university leftists, landlords, retailers, and organizations that receive taxpayer dollars to settle the refugees.

Most refugees settle in coastal states, pushing up rents and capping wages for nearby Americans, such as those living in Ocasio-Cortez’s district. That skew hides much of the program’s damaging impact. But people in heartland states also lose when refugees settle in coastal states because the arrival of foreign labor allows coastal investors to focus their job-creating investments near their coastal homes, not in the interior states, such as West Virginia, Ohio, and Kentucky.

Refugees are put on a fast-track to citizenship and can import additional family members via chain migration. The growing population of Democrat-voting Somalis in the United States is the most obvious impact of the nation’s expensive refugee program.

If each migrant brings in just five relatives, then a 2021 goal of 30,000 refugees will eventually deliver 180,000 refugees. The New York Times sketched the chain-migration process:

Asende Ecasa, 33, packed her belongings and left the Nyarugusu refugee camp in Tanzania last month expecting to arrive in the United States on March 4. After Mr. Biden delayed the admissions designation, Ms. Ecasa’s flight was canceled. The medical screening she got to ensure her travel has expired.

Her cousin Alex Majaliwa, who lives in Grand Rapids, Mich., now has no idea when Ms. Ecasa will be allowed into the country.

“If possible, the president can really hear our suffering because we want to come to the nation to find our life, to improve our lives,” Mr. Majaliwa said. It took him years to be approved for resettlement in America.

For many years, a wide variety of pollsters have shown deep and broad opposition to labor migration and the inflow of temporary contract workers into jobs sought by young U.S. graduates. This opposition is multiracial, cross-sex, non-racist, class-based, intra-Democratic, rational, and recognizes the solidarity that Americans owe to each other.

Two more polls show the chaos of Joe Biden’s half-open/half-closed border is damaging his ratings with independents & Latinos who recognize the harms.
GOP leaders are changing their talking points to maximize their gain from the progressives’ ambition https://t.co/6xPvyCdevz