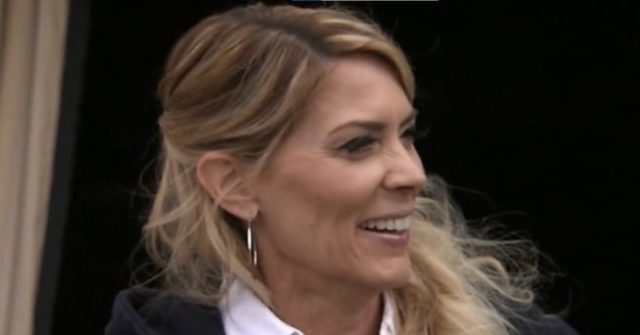 A Pennsylvania woman left her full-time job as an educator after 17 years to launch a charity aimed at helping veterans.

Christy Lucas said her inspiration to launch her charity, Roots for Boots, came from a calling to give to those who have served our country.

“I always had a giving heart and always just wanted to help people, and I think it just comes natural,” Lucas told CBS News.

Even when she served as a teacher and later principal at Annunciation School, she made sure “love of country” was always in the lesson plan.

“Veteran’s Day was my favorite,” she told WHTM. “I loved having military in our school.”

Roots for Boots hosts a food drive every month at the Hanover, Pennsylvania, VFW. The drive initially started helping out eight veterans in need.

Now, the drive serves nearly 90 veterans and dozens of volunteers — some of whom are veterans themselves — pitch in to make sure everything goes smoothly.

Veteran Vic Roe, a disabled veteran, called Lucas “an angel” and “more than remarkable” after she built a ramp for him to get around more easily.

Lucas said her charity has changed how her entire community has dealt with veterans. As for the money she sacrificed from leaving her job, she says that it all does not matter to her because of the satisfaction she gets from helping the community.

“I don’t make a dime doing this,” she said. “But I am by far the richest woman in the world.”