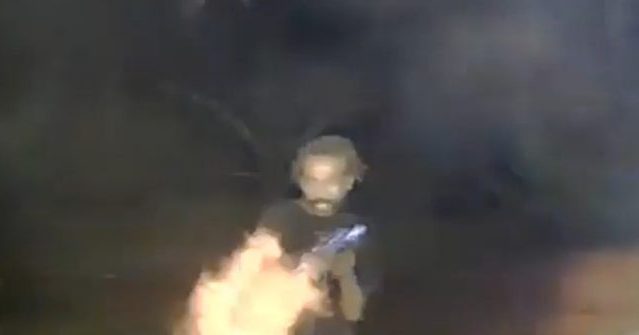 Dash cam video from a Carroll County, Georgia, law enforcement vehicle shows a suspect with an AK-47 open fire on a sheriff’s deputies.

Shelton was subsequently shot and killed.

Deputy Repetto was injured in the exchange of gunfire, but his wounds were not life-threatening.

The Carroll County Sheriff’s Office released a statement on the incident:

If not for the heroic efforts of all Officers and agencies involved and to Corporal Troutt and Deputy Repetto for stopping the suspect, this incident could have resulted in more Officers being injured or killed and the suspects could have posed an even bigger threat to the public as this occurred in a residential area, and at this time of the morning, people are getting ready for work and staff is getting ready to arrive at the school.