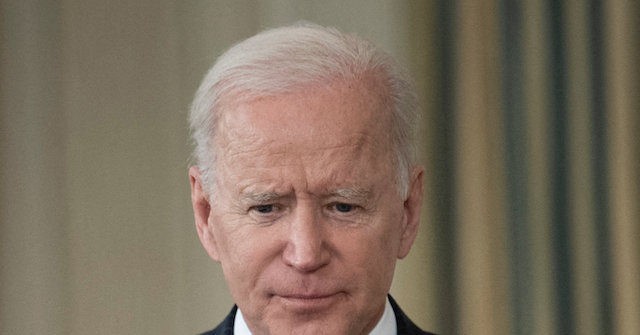 Joe Biden is known for awkward compliments and bizarre public displays, but this is a new one.

During a Friday press conference with Japanese Prime Minister Yoshihide Suga, Biden attempted to compliment Japanese Masters champion Hideki Matsuyama, by referring to the 29-year-old man as a “Japanese boy.”

“I know how proud you are of the people of Japan. You’ve got a Japanese boy coming over here and, guess what, he won the Masters.” pic.twitter.com/5mnnH7GWpK

Hideki Matsuyama, a full-grown adult, won the Masters at Augusta National on Sunday.

The mainstream media had little to say about Biden’s awkward word choice and phrasing. Because, obviously, the mainstream media would have reacted with similar silence had President Trump referred to anyone from another country or ethnicity other than white as “boy.”

Hideki Matsuyama is 29.
Joe Biden just called him a “Japanese boy.”
To the Japan PM’s face.

Did Biden just use the term “Japanese boy” to describe a grown ass man? oof.

This pretty much summed up everyone’s thoughts:

Guess we know why they kept him in a broom closet for the majority of the day today.

Suga’s U.S. visit is off to a very shaky start. First, he was greeted by Vice President Kamala Harris, not President Biden. Biden’s attempt at complimenting Matsuyama probably did not help matters.