Skip to content
April 18, 2021
by MICHAELANTONIO
DMX fans who were looking forward to him performing at a Texas bar next month will still get to enjoy his music … because the venue’s turning the rapper’s scheduled concert into a tribute show.

Justin — the owner of the Wildcatter Saloon in Katy — tells TMZ … he and his team took DMX’s death really hard because they grew up loving his music, and booking him was a long time in the making.

X was set to play at the venue on May 29, but Justin says the Wildcatter’s now going to make the event a memorial concert to honor him. 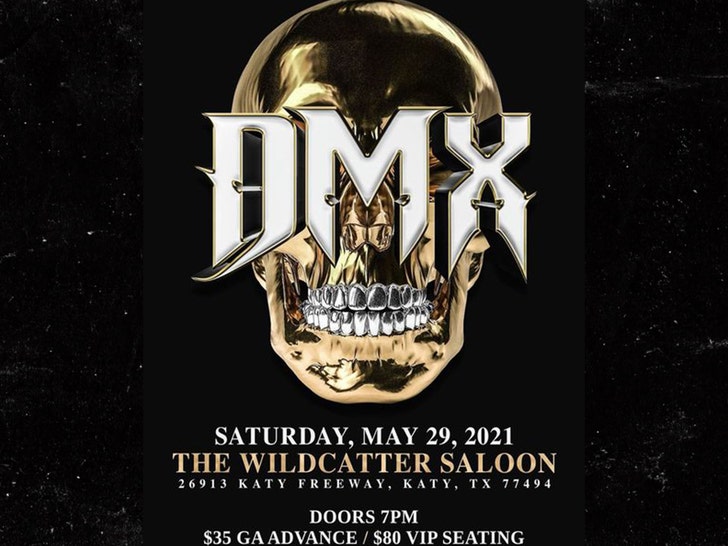 Justin says both openers have a few DMX cover songs ready to go on their setlists to kick off the show … but he’s still in need of a headliner.

The bar owner tells us he wants it to be someone who was close with DMX to make the night more personal and special for fans, and some potential names are Busta Rhymes, Trae the Truth, and a long shot … Snoop Dogg.

As we reported … DMX died on April 9 at age 50 after suffering an overdose the week prior, which resulted in him losing oxygen to his brain for nearly 30 minutes.

As Snoop recently said about X though, “legends never die” … and the upcoming tribute show demonstrates that.