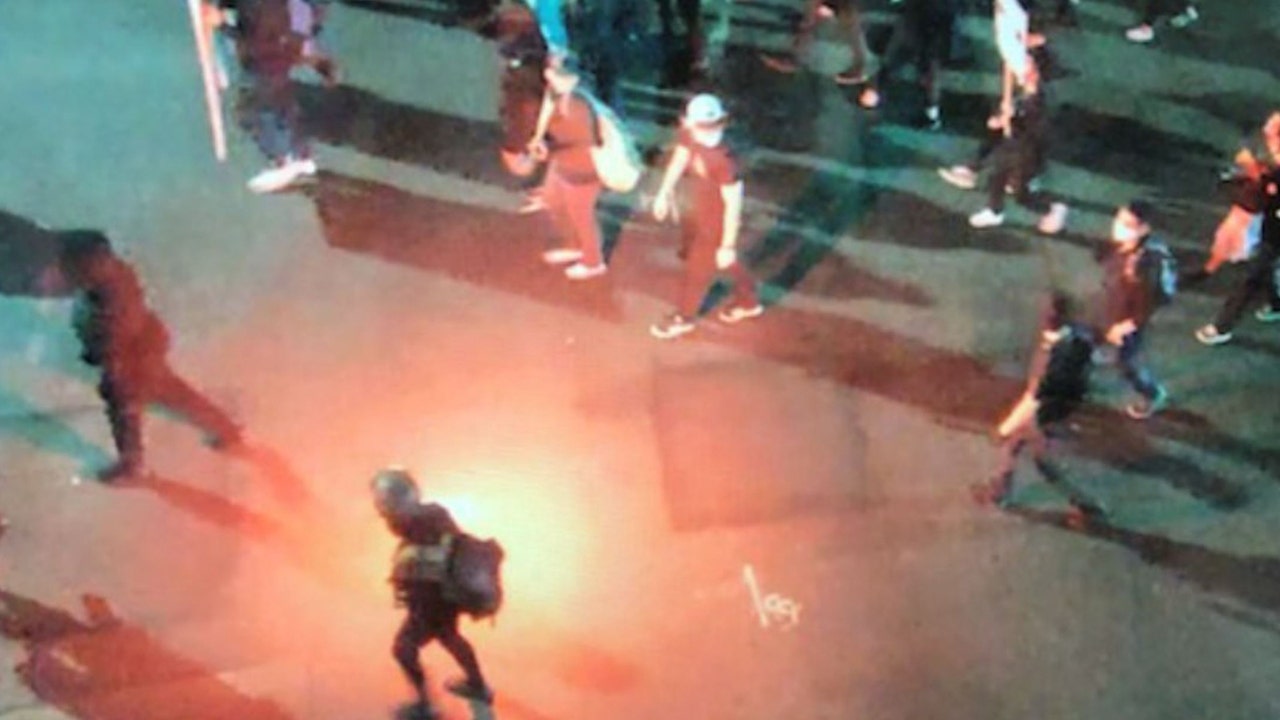 Four police officers in Sacramento, California, were hospitalized Saturday night after being sprayed with an unknown “liquid irritant” during an anti-police protest.

Around 50 protesters had gathered outside the Statehouse after having promoted “black bloc tactics” on social media, meaning they would wear all black and attempt to conceal their identities and potentially store items to use against police, according to KVOR-TV in Sacramento.

Some of the protesters also wore helmets and carried shields, police said.

Rioters also threw rocks at officers and there were at least two reported incidents of vandalism, the department said.

Officers found a bag filled with rocks outside a government building in the area but it was unclear if it was placed there by a protester.

No arrests were reported but the incidents remained under investigation, police said.

The department said on Twitter the crowd had dispersed after 11 p.m. PT.

Anti-police protests have swelled across the country once again in the wake of the fatal police shootings of Daunte Wright, 20, in Minnesota during a traffic stop a week ago and following the release of police body camera footage last week showing the March 29 officer-involved shooting of Adam Toledo, 13, in Chicago.