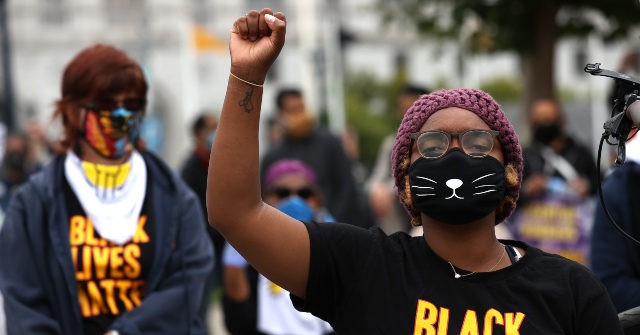 “Our communities are being terrorized at a greater rate than they had been under Trump,” the organization tweeted.

“Biden is currently sending more military equipment to our neighborhoods than Trump did. You read that right,” they claimed.

“Biden’s first 100 days are up in 10 days. By then we need him to which transfers military equipment into the hands of police across the country– including school & campus police,” they tweeted.

The organization points to the “military” apparently seen on the “streets ahead of the Chauvin verdict” as an example of “state-sanctioned violence against Black people,” their website reads.

BLM has not gone without criticisms, despite its charity tax status.

Indeed, the families of Breonna Taylor and Michael Brown, “two of the iconic victims in the Black Lives Matter movement,” are challenging where the organization’s funds are utilized.

“Those concerns are now being amplified by other figures within the movement, after Khan-Cullors defended her real estate purchases last week as part of her effort to support her family, and claimed her wealth was not due to the organization itself,” Breitbart News’ Joel B. Pollak reported.