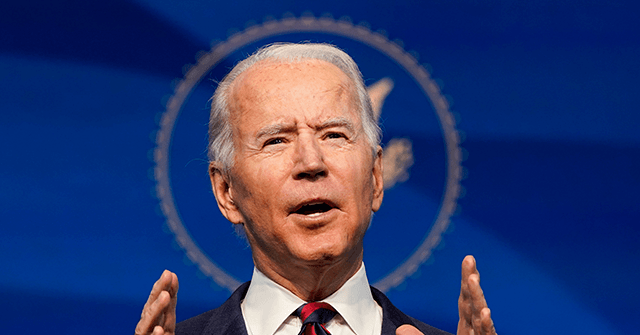 President Joe Biden’s administration may provide immigration rights and citizenship to many foreign “climate migrants” who claim they are being displaced by climate change, the Associated Press (AP) reported this week.

No nation offers asylum or other legal protections to people displaced specifically because of climate change. President Joe Biden’s administration is studying the idea, and climate migration is expected to be discussed at his first climate summit, held virtually Thursday and Friday.

President Biden issued an executive order on February 4 ordering national security adviser Jake Sullivan to produce a report by August 3 on “Planning for the Impact of Climate Change on Migration,” including options for protecting and resettling climate change-displaced persons.

On Thursday, Refugees International announced the formation of an expert task force on climate change and migration in response to the same executive order.

Referring to the “climate crisis” early this week, Secretary of State Antony Blinken asserted that climate changes are fueling the surge of migrants from Guatemala, El Salvador, and Honduras that is currently overwhelming resources and immigration authorities at America’s border with Mexico.

Nevertheless, none of the 40 world leaders that Biden invited to the climate summit are from the Northern Triangle, a region encompassing Guatemala, El Salvador, and Honduras.

Specifically, AMLO proposed that the U.S. offer temporary work visas and eventually citizenship to those who take part in a massive tree-planting program the president wants to expand from Mexico to Central America.

López Obrador said the Biden Administration “could finance” the job-creating program’s extension to the Northern Triangle, a significant source of the influx of migrants at the U.S.-Mexico border.

“I add a complimentary proposal, with all due respect, the U.S. government could offer those who participate in this program that after sowing their lands for three consecutive years, they would have the possibility to obtain a temporary work visa,” López Obrador said.

“And after another three or four years, they could obtain residency in the United States or dual nationality,” he added.

On Thursday, Senator Edward Markey (D-MA) and Rep. Nydia Velázquez (D-NY) reintroduced a bill to address the lack of protections for migrants who do not fit the definition of “refugees” under U.S. and international law.

The idea still faces monumental challenges, including how to define a climate refugee when natural disasters, drought and violence are often intertwined in regions people are fleeing, such as Central America. If the U.S. defined a climate refugee, it could mark a major shift in global refugee policy.

Referring to his bill, which failed to pass in 2019, Markey’s office noted on Thursday:

[The legislation] would establish a national strategy to address global climate-driven displacement and provide the support needed to implement durable solutions for climate-displaced persons.

Although the effects of climate change often aggravate societal tensions that lead to persecution, many climate-displaced persons do not meet the US definition of refugee, and therefore, they cannot access resettlement opportunities in the United States.

Specifically, the legislation would create a U.S. resettlement pathway for people displaced by climate change,” among other things.

“We have a greater chance now than ever before to get this done,” Markey told AP, citing the president’s climate diplomacy and awareness of the problem.

The World Meteorological Organization released a report Monday claiming that climate change has displaced an average of 23 million people annually since 2010 and nearly 10 million recorded in the first half of 2020 alone, especially in Asia and East Africa. Most of the “climate refugees” moved within their own country, the report conceded.