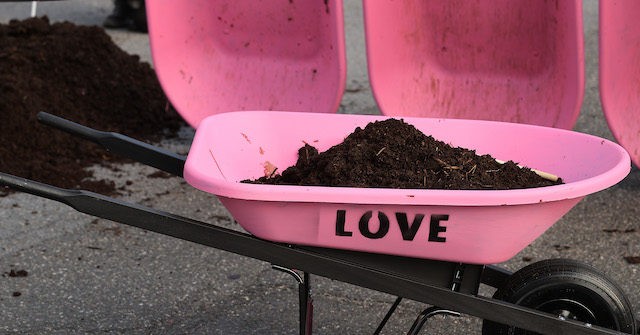 As the activists did so, the Hill reported they chanted “Stop the bullshit” and “Declare climate emergency now.”

Wider view of the scene here where cow poop has been dumped in front of the White House to protest Biden’s “bullshit” climate plan. And yes, it smells. pic.twitter.com/abVP0Z3uCt

Biden spoke of his agenda Thursday to cut greenhouse gas emissions “by 50 to 52 percent of 2005 levels by the year 2030,” saying, “Meeting this moment is about more than preserving our planet. It’s about providing a better future for all of us.”

Biden also called it “a moment of peril but a moment of opportunity… The signs are unmistakable. The science is undeniable. The cost of inaction keeps mounting,” the Associated Press reported.

Many radical Democrats “are calling on Biden to do more, arguing that the U.S. should aim for a reduction of at least 70 percent,” the Hill reported.