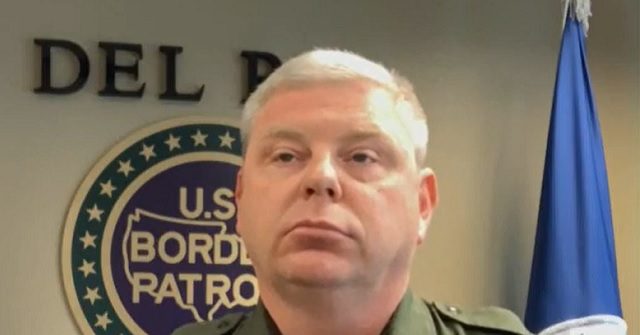 On Thursday’s broadcast of the Fox News Channel’s “Your World,” U.S. Border Patrol Del Rio Chief Patrol Agent Austin Skero said that individuals from 67 different countries have been caught at the border, high-speed pursuits through neighboring counties have increased by 117% so far this year, and the number of sex offenders “arrested within these groups of individuals is up significantly, over 2,000%.”

Skero said, “I can tell you that, in March, we — the Border Patrol, southwest border-wide, apprehended over 172,000 people. So, we do have a significant influx into the country here in the Del Rio Sector. Our apprehensions are up over 340% so far this fiscal year. The number of single adults we’re seeing are up over 400%, family units are up over 170%, and our unaccompanied children are up over 240%. We’ve caught folks from 67 different countries this year.”

He added, “Our numbers are actually increasing. In the past 30 days alone, we’ve intercepted over 340 alien smuggling cases. … We’ve seen an increase in high-speed pursuits through our neighboring counties, through our local county here, Val Verde County. Those pursuits are up 117% so far this year. The number of sex offenders that we have arrested within these groups of individuals is up significantly, over 2,000%.”