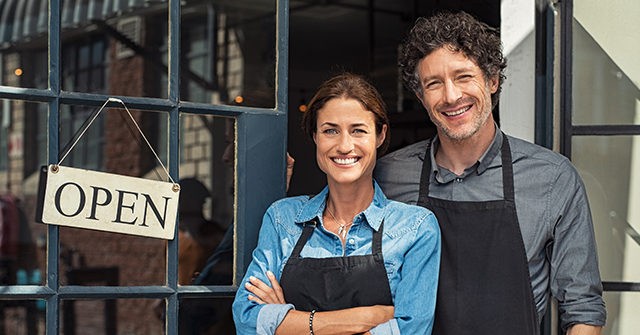 Next Thursday marks President Biden’s 100th day in office. On Wednesday night, Biden will give a joint address to Congress claiming his time so far has been a historic success.

He will try to take credit for the Trump administration’s accomplishments, including the Covid-19 vaccine and ending the war in Afghanistan. He will try to claim that his government spending blowout and proposed tax increases and labor regulations will help the economy, which reached new heights under Trump.

In reality, Biden’s first 100 days are a declaration of war on small businesses. Biden’s $1.9 trillion spending bill passed last month is generating inflation. His numerous environmental orders, including canceling the Keystone XL pipeline and banning drilling on federal lands, are costing jobs and raising energy prices. And by revoking Trump administration deregulation and its business-led apprenticeship program, Biden is making it harder for small businesses to operate and find skilled workers.

Pass-through small businesses, which are subject to the individual tax code, will be impacted by Biden’s other tax proposals. Biden plans to implement a “success tax” (as JCN is calling it) by nearly doubling the capital gains rate and curtailing the so-called “step-up” basis tax treatment for the next generation. This success tax penalizes small business owners who have worked their whole lives to build the value of their businesses, forcing their children and grandchildren to sell their businesses in some cases just to afford the tax bill. Biden also wants to raise the top individual tax rate and reportedly curtail the 20 percent small business tax deduction that roughly 15 million small businesses rely on.

Then there’s the Pro Act, which would fundamentally revolutionize the American labor market, significantly dampening job creation and economic growth. The Pro Act would essentially expand California’s labor law known as AB5, which threatens the livelihoods of millions of independent contractors, especially single mothers and those who can’t work a traditional 9-to-5 job. Californians rebuffed this heavy-handed attempt to turn contractors into employees in a ballot measure on Election Day last year, but Biden still wants to take this legislation that was too radical even for California nationwide.

The Pro Act also eliminates Right to Work flexibility in 27 states, forbidding employees from opting out of paying union dues. Right to Work states generally have faster-growing economies and more job opportunities — trends that this provision of the Pro Act would halt. Ending Right to Work would stick countless employees with several hundred dollars worth of unwanted annual union dues. The legislation makes it far easier for labor bosses to unionize a business, allowing unionization in some instances through a process known as card check, which is fraught with employee coercion and intimidation.

The Pro Act also tramples on free speech and privacy in its thinly-veiled attempt to repay unions that funded Biden’s presidential campaign to the tune of $27.6 million. It forbids employers from holding meetings to discuss unionization with their employees, and it requires employers to share their employees’ private contact information with union representatives, subjecting them to harassment by union organizers. It is one of the most anti-business and anti-employee pieces of legislation to pass the House in decades.

Biden’s policies like the success tax and Pro Act wage war on small businesses, their employees, and communities. They would paralyze the Main Street economy in its current recovery limbo — just like President Obama’s policies did to small businesses trying to emerge from the Great Recession a decade ago. In fact, Biden’s first 100 days are a seamless continuation of Obama’s last 100 days, with small businesses back in the crosshairs.

Alfredo Ortiz is the president and CEO of the Job Creators Network.