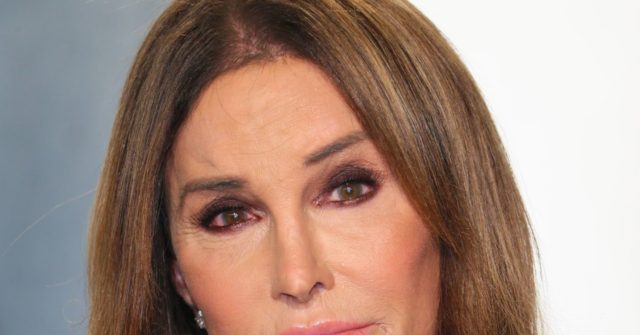 Former Olympic decathlete and reality TV star Caitlyn Jenner has filed her initial paperwork to run for governor of California and will officially announce her bid later today, her campaign tells Axios.

The big picture: Jenner, a longtime Republican, is seeking to replace Democratic Gov. Gavin Newsom in a recall election, hoping her celebrity status and name recognition can yield an upset in the nation’s most populous state.

Jenner said in a statement that “Sacramento needs an honest leader with a clear vision” and that “for the past decade, we have seen the glimmer of the Golden State reduced by one-party rule that places politics over progress and special interests over people.”

Newsom’s opponents turned in over 2 million signatures for his recall last month, likely triggering a recall election later this year. Several Republicans have already declared their candidacy, and a few Democrats were known to be considering a run.

In February, Los Angeles magazine reported that Newsom’s advisers did not fear the existing candidates in the field, but were wary of a “nightmare scenario” in which “a movie star or a candidate with extraordinary star power” would enter the race.

Jenner made a splash when coming out as transgender in 2015 by also coming out as a conservative. “Is that a bad thing? I believe in the Constitution,” Jenner said. He initially supported Donald Trump, but opposed him over transgender policy.

“California has been my home for nearly 50 years. I came here because I knew that anyone, regardless of their background or station in life, could turn their dreams into reality. But for the past decade, we have seen the glimmer of the Golden State reduced by one-party rule that places politics over progress and special interests over people. Sacramento needs an honest leader with a clear vision.

“I have been a compassionate disruptor throughout my life, from representing the United States and winning a gold medal at the Olympics to helping advance the movement for equality. As Californians, we face a now-or-never opportunity to fundamentally fix our state before it’s too late. Taking on entrenched Sacramento politicians and the special interests that fund them requires a fighter who isn’t afraid to do what is right. I am a proven winner and the only outsider who can put an end to Gavin Newsom’s disastrous time as governor.

“Californians want better and deserve better from their governor. For too long, career politicians have over-promised and under-delivered. We need a leader with a vision and the resolve to see it through. This will be a campaign of solutions, providing a roadmap back to prosperity to turn this state around and finally clean up the damage Newsom has done to this state.

“Small businesses have been devastated because of the over-restrictive lockdown. An entire generation of children have lost a year of education and have been prevented from going back to school, participating in activities, or socializing with their friends. Taxes are too high, killing jobs, hurting families, and putting an especially heavy burden on our most vulnerable people.

“This isn’t the California we know. This is Gavin Newsom’s California, where he orders us to stay home but goes out to dinner with his lobbyist friends.

“In the next few weeks, I will meet with Californians from across the state—from the North Bay to the Central Valley to Orange County and San Diego—to hear their voices and finally get this state moving in the right direction. The significance of this decision is not lost on me. The sacrifice is significant, but responsibility is great, and I can’t wait to lead, to help and most importantly to disrupt the status quo once again.