Country singer Maren Morris is enjoying some fun in the sun, just days after scoring big at the Academy of Country Music Awards.

The star, 31, stunned her followers with a peek at her bikini body in a series of photos posted to Instagram on Thursday. Morris was joined by her husband Ryan Hurd for the tropical getaway. In some of the pics shared to her account, the new mother is wearing an orange bikini, a gold body chain, and gold-rimmed sunglasses.

In one pic, Morris is lounging on a beach chair. Another shows the star’s view on the beach with a book and what appears to be a margarita. One snap provides an up-close look at her trim figure and her celebrity pals couldn’t get enough of the stunning view in the comments.

MAREN MORRIS ON RESENTING THE ‘UNHEALTHY’ IDEA OF NEW MOMS HAVING TO ‘BOUNCE BACK’: ‘IT SHOULDN’T BE THE GOAL’ 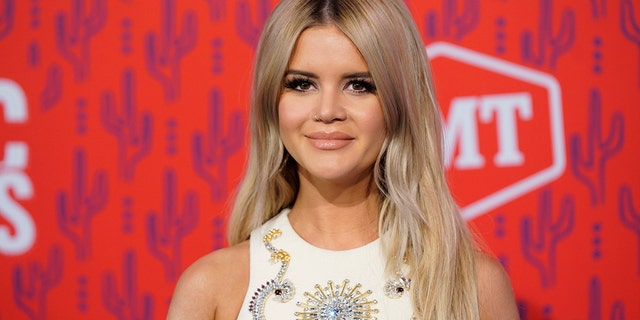 Despite the photos of Morris’s figure receiving quite a lot of attention, the “Bones” singer has been vocal about body image in the last year, specifically to speak out against societal pressures new mothers face.

“I think just my appreciation and sort of innate fascination with women has made me feel like a stronger one in a very hard year of having a child during a pandemic – it being my first child – having a C-section, like all these things kind of went crazy awry,” Morris said this week during a virtual press conference of her willingness to be open about her image struggles. 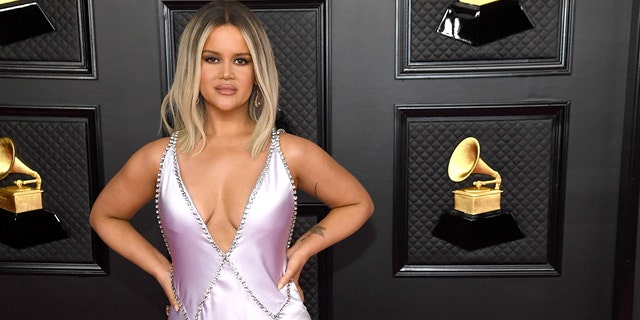 The country star took home the ACM award for female artist of the year for the second year in a row on Sunday. (Kevin Mazur/Getty Images for The Recording Academy)

Morris and Hurd welcomed their son, Hayes Andrew, via an emergency C-section in March 2020.

The country crooner had a big night on Sunday when she took home the ACM Award for female artist of the year for the second consecutive year. Her mega-hit “The Bones” also picked up song of the year.