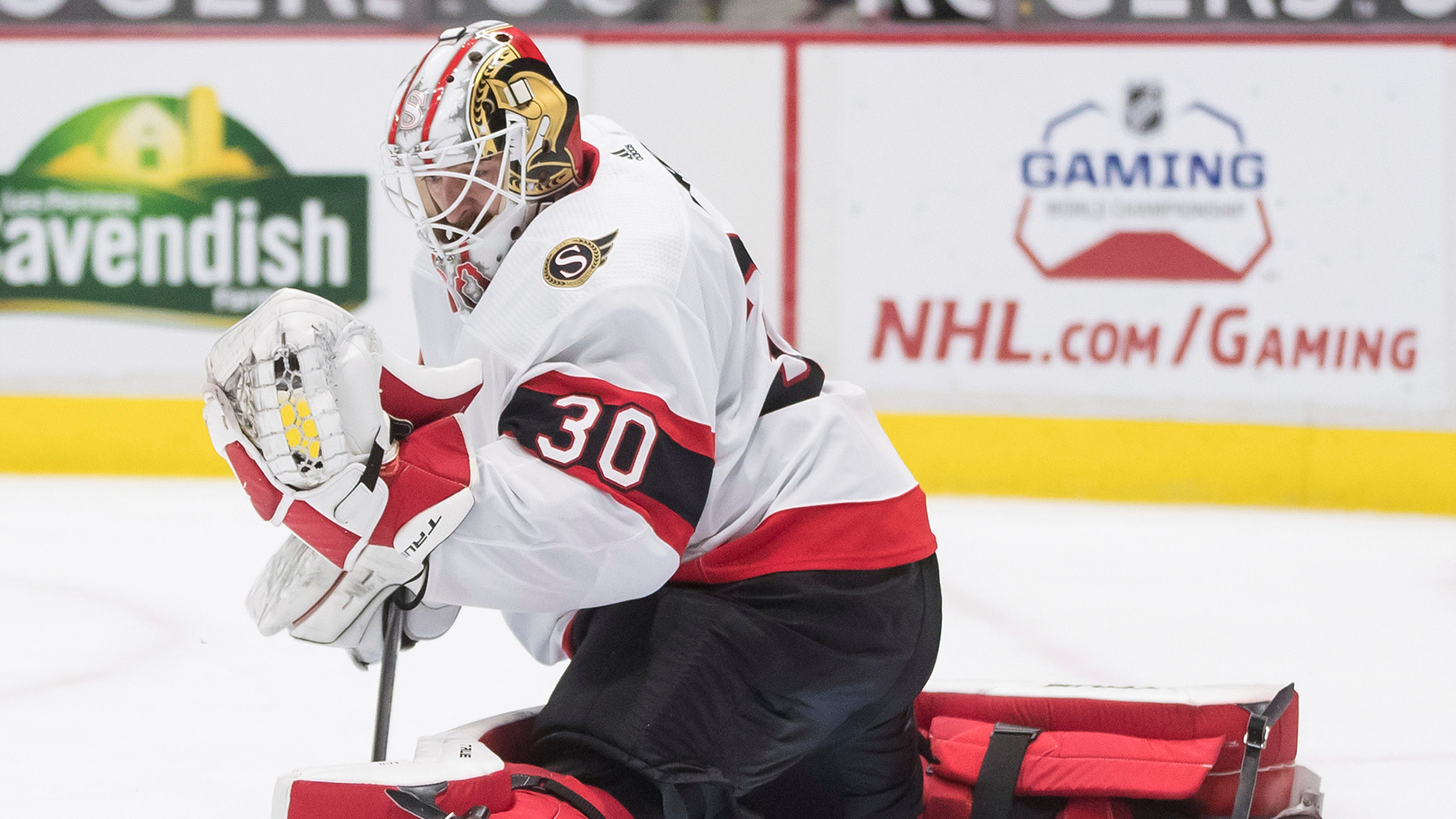 Matt Murray stopped 31 shots for his second shutout in six days, and the Ottawa Senators beat the Vancouver Canucks 3-0 Thursday night for their third straight win.

Drake Batherson had a goal and an assist, and rookie Tim Stutzle and Connor Brown also scored as the Senators won the first of four straight games between the teams. It was Ottawa’s first win in the teams’ five meetings this season.

“This road trip has been awesome, getting to know everyone even more on a personal level and just, we’re playing as a team. Just having a lot of fun,” Batherson said. “You guys can see on the TV, we’re super excited whenever anyone does something great, so I think that’s the biggest thing. … We want to work hard for each other and for the coaching staff.”

Thatcher Demko had 22 save in his first game back from Vancouver’s’ COVID-19 outbreak. He last played on March 24.

“I think I struggled with (COVID). I think a lot of guys did,” Demko said. “It’s tough on the body. The biggest thing for me were just the fatigue, the body aches and some of the brain fog stuff that you see in the media.”

He said he’s not sure if anyone who fell ill is back to 100% health yet.

“I know COVID took a toll on us,” Demko said. “Obviously it’s tough to take that much time off but we’ve got a job to do to come in and win some games here. That’s what everyone’s geared toward and ready to do.”

The teams meet again Sunday in Vancouver, then play in Ottawa on Monday and Wednesday nights.

Ottawa, last in the North Division, pulled one point behind Vancouver. The Canucks have seven games in hand.

Brown sealed the win with an empty-netter with 90 seconds left on the clock.

“It was exactly the kind of game we thought,” Canucks coach Travis Green said. “Special teams are big at this time of the year. And 5-on-5 we did a lot of good things the last two periods but we didn’t get a puck across the line, which we needed to, obviously.”

Stutzle was credited with the power-play goal that gave Ottawa a 1-0 lead 9:17 into the game when Nick Paul’s shot from the top of the left face-off circle hit the skate of the rookie as he leaped up in front of the net, pinging off the post and in.

Batherson made it 2-0 with a power-play marker before the end of the first. The puck trickled through the legs of Vancouver’s Tyler Myers, stationed at the top of the Canucks crease, and Batherson quickly pounced, firing it in to the open net for his 16th of the season.

Josh Norris had an assist on the play, extending his point streak to six games with three goals and six assists in the stretch.

Vancouver pressed in the second while outshooting the Senators 12-7. Murray made some big stops to preserve Ottawa’s lead, including a beautiful glove save on Quinn Hughes where he snatched the puck out of the air.

The Senators were 2 for 4 with the man advantage, scoring on the power play for the sixth straight game.

“I think we worked on that, we talked a lot on and off the ice to get better,” Ottawa coach D.J. Smith said. “I mean, in the beginning we were definitely struggling and if you have a good power play I think it always helps a lot.”

There were lots of fireworks in the first period, prompting a flurry of whistles.

About five minutes in, Brady Tkachuk hit an unsuspecting Matthew Highmore at center-ice. Vancouver defenseman Travis Hamonic immediately jumped Tkachuk, who responded by dropping his gloves. The fisticuffs ended with Tkachuck in the box for fighting. and interference and Hamonic heading to the dressing room for instigating and fighting.

Hamonic’s penalty was initially called a game misconduct but he returned to the ice in the second period.

Canucks coach Travis Green said forward Antoine Roussel is expected to miss “a couple of weeks” after suffering a lower-body injury in Tuesday’s game with the Toronto Maple Leafs.