EXCLUSIVE: New images from the southern border shows migrants being taken from a hotel in Arizona and dropped off at an airport, as the Biden administration faces continued pressure for releasing migrants into the country.

The footage, obtained by Rep. Andy Biggs’, R-Ariz., office and shared with Fox News, purportedly shows a hotel in Chandler, Arizona, where migrant families are being housed. Separate video footage shows migrants – both children and adults – being placed onto a bus and transported to a nearby airport.

Chandler, in Maricopa County, is a suburb of Phoenix.

Earlier this month, Immigration and Customs Enforcement (ICE) began using hotels to shelter family units in custody, in response to the overwhelming surge at the border, which has resulted in families being released — often without a notice to appear in court. 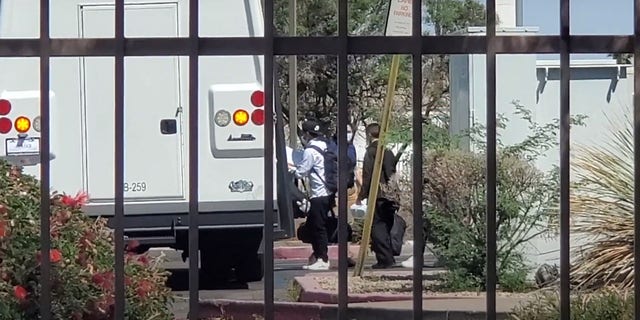 Migrants at hotels in Arizona are seen being transported. (Office of Rep. Andy Biggs)

“Custody is intended to be short term, generally less than 72 hours, to allow for immigration enforcement processing and establishing appropriate terms and conditions of release while their immigration proceedings continue,” ICE said in a statement. “All families will be tested for COVID-19 and receive a health assessment.”

The $86.9 million ICE contract provides support through Sept. 30, including 1,239 beds for emergency temporary shelter and basic living supplies, the agency said. After they are released, ICE coordinates with NGOs to provide further shelter and food,water, clothing and transport.

While an ICE spokesperson said the border is not open, and noted that many families (and single adults) are being returned home via Title 42 public health protections, Biggs said the process of housing migrants in hotels and releasing them was a sign of the crisis at the southern border. 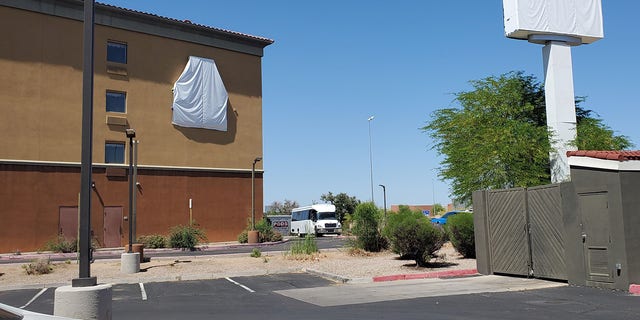 “Biden’s border crisis is real and it’s being forced into our local communities,” Biggs said. “These illegal aliens aren’t stopping in border states, they’re being given plane and bus tickets to anywhere in the country. We will not sit back and deal with this egregious exploitation of our border.”

The images come hours after Biggs wrote to ICE calling for answers about the hotel plans. His office said that there was minimal security at the hotel and that migrants could go wherever they wanted. 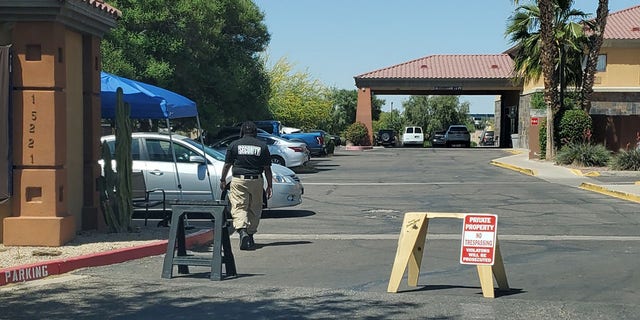 The Biden administration has come under heavy criticism for its role in the border crisis. While the White House has pointed to root causes in Central America as the source of the migrant surge, Republicans have blamed policies like not applying Title 42 to some migrant families and unaccompanied children — as well as revoking the Migrant Protection Protocols (MPP), which kept migrants in Mexico for their hearings.

Instead, migrants are being released into the U.S., while images of unaccompanied children packed in overcrowded facilities have caused outrage across the political spectrum.

On Thursday, Fox News confirmed that the Department of Health and Human Services is paying for the travel costs of adult sponsors to come to facilities to pick up children they are sponsoring, as well as the travel costs for the children to reach their sponsors.