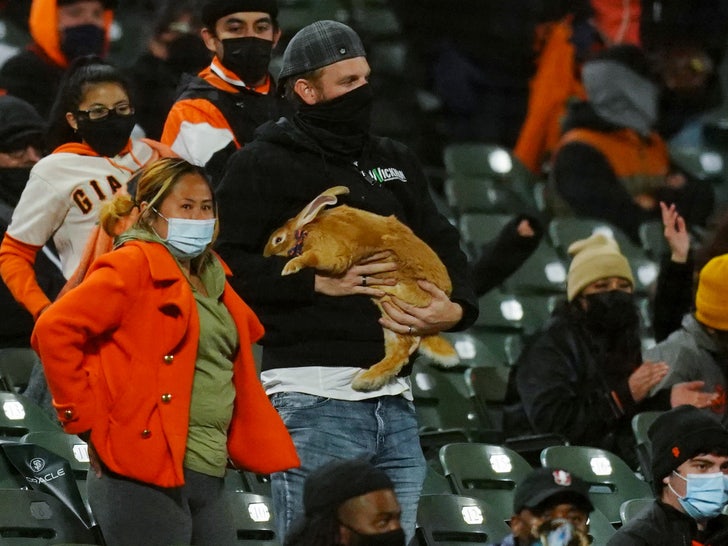 STOP WHAT YOU’RE DOING AND LOOK AT THIS ADORABLE BUNNY!!!

A pair of San Francisco Giants fans hit up Oracle Park to watch their boys take on the Miami Marlins on Thursday … and forget the peanuts and crackerjacks, they brought their cute ass therapy rabbit along to enjoy the fun!!

The 4 1/2-month-old bunny named Alex belongs to owners Kei Kato and her fiancé, Josh Row … who bought the Flemish giant after Kato’s brewery restaurant closed during the COVID-19 pandemic.

Career-first: just interviewed a sweet bunny, 4 1/2-month-old therapy bunny Alex, and he gave me a kiss, too. It belongs to Kei Kato, who lost her restaurant during COVID. pic.twitter.com/mcc4i60x8K

Alex helps with Kato’s anxiety and stress … and brings joy to the couple’s life during the tough times.

The furry friend has been living it up since he joined the family — from NASCAR races to tubing and kayaking … and even helped hand out Easter eggs to kids!!

The fun continued when Kato and Row brought Alex to his first baseball game … and it was a monumental moment — it’s believed he’s the VERY FIRST bunny to attend a ballgame at Oracle Park, according to the team. 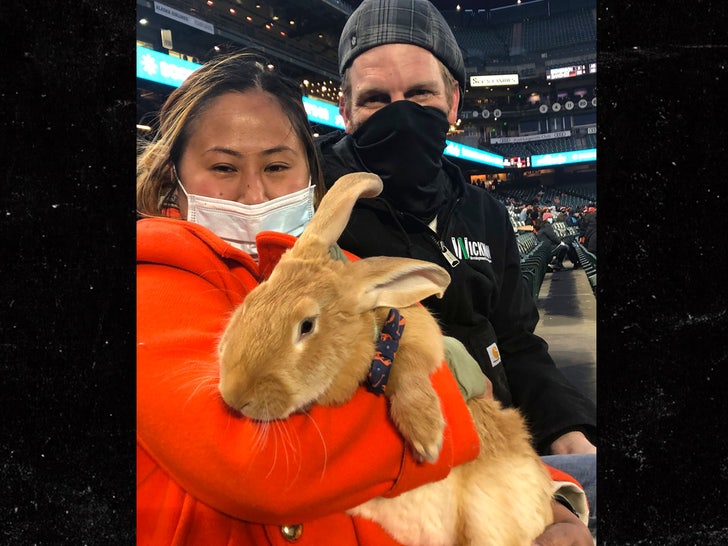 Alex — who was wearing a Giants-colored bowtie — quickly became a fan favorite … and the Marlins even tried to convert him to their side with some free merch, while SF invited him back as their good luck charm.

Giants CEO Larry Baer also spoke about their new fan … saying, “Love this therapy bunny,” Baer said. “We could all use a therapy bunny right about now!”

So, what’s next for the lovable trio?? They’re hoping to hit up a Warriors game … and Golden State has already welcomed Alex with open arms.