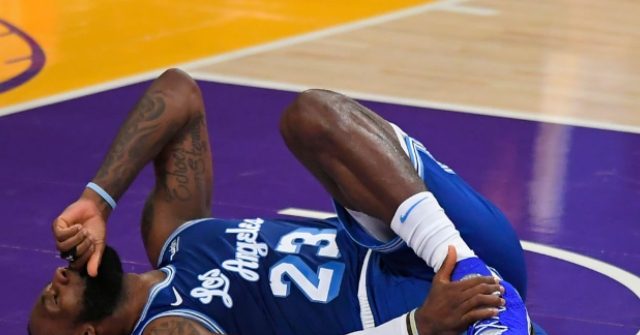 LeBron James has inspired many athletes across the sports landscape to do many things. Unfortunately, egregiously awful flops are one of the things he’s inspired.

For the latest example, let’s visit Sunday’s game between the Twins and the A’s. A game that featured a flop for the ages from A’s infielder Elvis Andrus as he fell to the ground after pretending to be interfered with by the Twins catcher.

Elvis Andrus with the flop of the year pic.twitter.com/UcUrQ4EO6Q

Elvis Andrus with the flop of the year pic.twitter.com/UcUrQ4EO6Q

Nor was Andrus trying to hide his joy at pulling off the epic flop:

The face of a man who got away with It pic.twitter.com/LSalL5G4ml

Elvis Andrus hasn’t hit at all this year, but that’s the second time in the past week that he’s just created a run out of thin air on the basepaths. That was an NBA-level flop to draw the interference call, but it worked, in an Ump Show game that long ago jumped the shark.

That looked like some NBA-level flopping from Elvis Andrus, just a terrific performance all around lol

Elvis Presley never got an Oscar.

Andrus was directed home after Umpire John Libka called interference and the play resulted in a scored run.

It’s beyond bizarre in this day-and-age of replay that such a flagrant and obvious flop-job would be unreviewable, but that is the case. Nor can MLB explain the call away by saying the ump’s field of view was obscured as he had a clear line of sight on the play.

Still, MLB will have some explaining to do and another potential change to its replay rule to contemplate in the offseason.