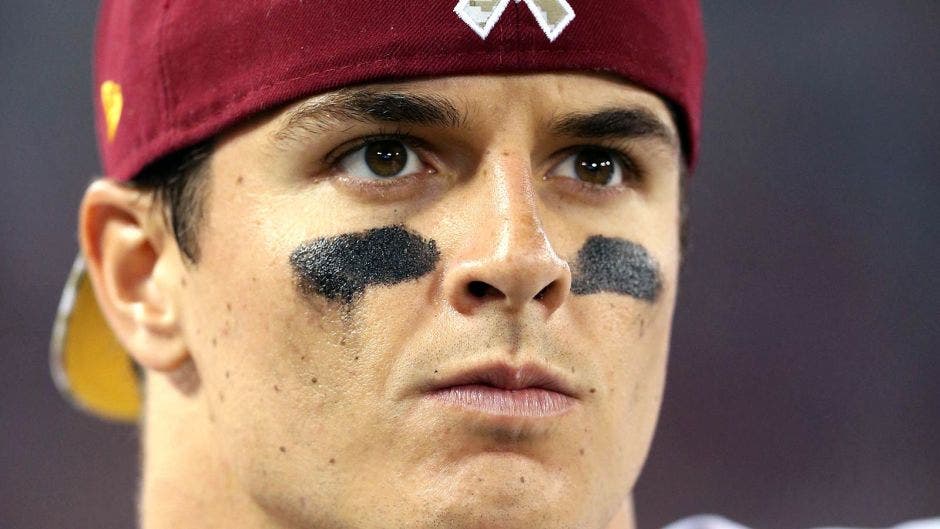 Ryan Kerrigan is staying in the NFC East.

The long-time defensive end for the Washington Football Team signed a one-year deal with the Philadelphia Eagles on Monday afternoon. He made the announcement on his Instagram page, and the franchise later confirmed the news.

“I know I probably wasn’t your favorite player over the past decade, but @philadelphiaeagles fans I’m fired up to be playing for you guys now! LFG!!!” he wrote.

Kerrigan, a four-time Pro Bowler who spent the first 10 years of his career with Washington, racked up 95.5 sacks over 156 games with the team. He will step in and immediately bring a veteran presence to Philadelphia.

He posted a goodbye to Washington in a post on Sunday night.

“I’ll never be able to sum up what these past 10 years have meant to me in an Instagram post, but what I can say is that they have been some of the best of my life. I hope you had as much fun watching me as I did playing for you. Thank you, Washington, for everything,” Kerrigan wrote.

Kerrigan, who has had at least 5.5 sacks every season he has played, will be on a defensive line that features Brandon Graham, Derek Barnett, and Josh Sweat. His numbers took a dip over the last few years, but that’s because he played in just 57% of the defensive snaps in 2019, and just 38% in 2020.

The Eagles selected rookie Milton Williams in the 2021 NFL Draft, but he will likely take a back seat to Kerrigan, who is expected to take on a larger role with the team.