Miranda Cosgrove now has a Black BFF in the “iCarly” reboot — which is unfortunately receiving hateful and racist backlash that she and the rest of the cast are stamping out. 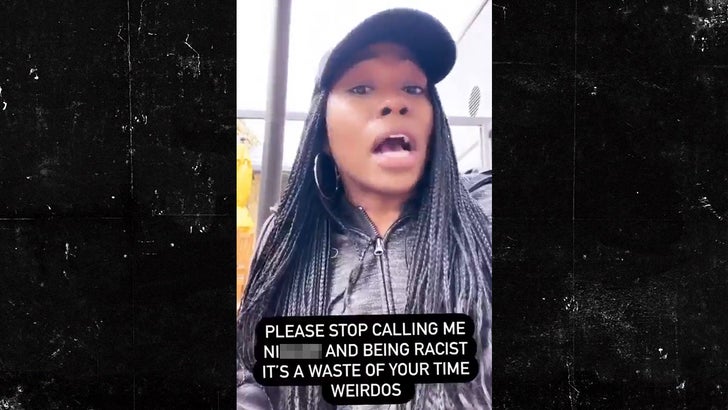 Apparently, folks were harassing Laci for her appearance in the show — amid the absence of actress Jennette McCurdy, who played Sam — and some were even calling her the n-word and other racist epithets … so claims Laci, who called out the online hate.

She clarified she wasn’t “replacing” anybody, and if people continued trolling her in her DMs, they’d be blocked. Her cries were echoed by Paramount — the parent company of Nickelodeon — and even Miranda herself. 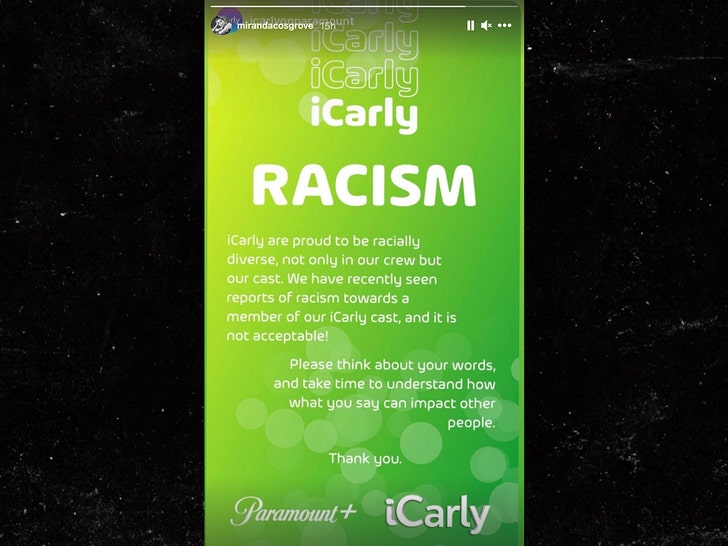 The company issued a statement saying they were proud of the racially diverse cast for the new “iCarly” show — and that any forms of racism being directed at their actors of color were not acceptable. MC reposted that same message to her IG Story.

did they seriously just do the whole Black bestfriend trope with ICarly??? Man fuck all of that.

One interesting twist here … many Black fans of the show have also chimed in on Laci’s casting, and some seem to think it’s a case of PC overcorrecting and/or pandering on the part of Paramount.

One user wrote, “did they seriously just do the whole Black bestfriend trope with ICarly??? Man f*** all of that.” There are lots of other tweets from other Black people that have similar sentiments.

One last point of clarification … Jennette herself had made it clear she wouldn’t be back, so the theories of “woke” casting may be off base as well. She’s given up acting to pursue other goals — and has publicly said she was embarrassed by her role on the show way back when.