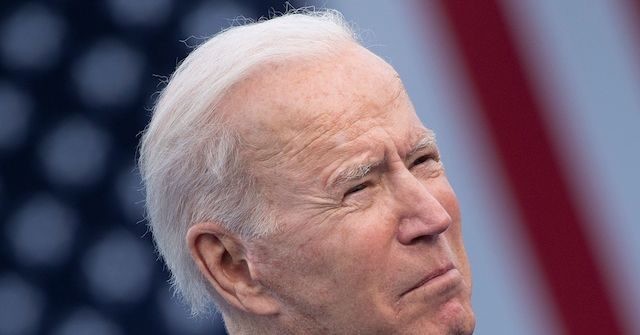 President Joe Biden expressed his desire for an Israeli ceasefire of operations against Hamas, after a growing force of leftist Democrats criticized his support of Israel.

Biden spoke with Israeli President Benjamin Netanyahu Monday afternoon, walking back his support for Israel’s aggressive response in Palestine to Hamas rocket attacks. The Israeli military response against Hamas continued for a second week on Monday.

“The President expressed his support for a ceasefire,” the White House related in a readout of the call with Netanyahu on Monday.

That was a change from Biden’s call on Saturday, in which the White House noted Biden “shared his grave concern about the intercommunal violence across Israel” but made no mention of his support for a ceasefire.

On Monday, the Biden administration struggled with their position on the conflict, as White House press secretary Jen Psaki fielded multiple questions about the punishing military operations in Israel against Hamas during the daily press briefing. One journalist even asked if Biden believed there were “war crimes” committed by Israel.

“Our approach is to quiet, intensive diplomacy, and that’s where we feel we can be most effective,” Psaki said repeatedly.

Biden spoke to Netanyahu on Monday afternoon as a growing number of Democrat lawmakers criticized Israel for their attacks against Hamas, some even demanding the Biden administration publicly criticize Israel.

Sen. Jon Ossoff (D-GA), who is Jewish, spearheaded a letter from 28 Senators demanding a ceasefire in the conflict, “to prevent any further loss of civilian life and to prevent further escalation of conflict.”

“Where’s the outrage @POTUS?” she wrote.

I was 7 years old when I first prayed at the Al Aqsa with my sity. It’s a sacred site for Muslims. This is equivalent to attacking the Church of the Holy Sepulchre for Christians, or the Temple Mount for Jews.

Israel attacks it during Ramadan. Where’s the outrage @POTUS? https://t.co/Q4gGBrCOof

We stand in solidarity with the Palestinian residents of Sheikh Jarrah in East Jerusalem. Israeli forces are forcing families from their homes during Ramadan and inflicting violence.

It is inhumane and the US must show leadership in safeguarding the human rights of Palestinians.

“It is inhumane and the US must show leadership in safeguarding the human rights of Palestinians,” she wrote.