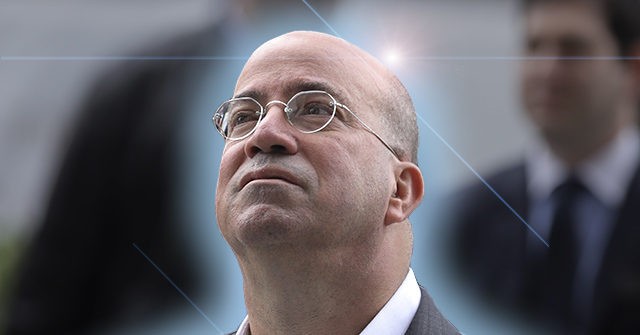 The law professor who led President Trump’s efforts to tame the tech giants, and current Republican FCC commissioner Nathan Simington, have warned lawmakers that the Journalism Competition and Preservation Act (JCPA), in its current form, is a gift to Big Media and could undermine independent journalism.

The JCPA allows media companies an antitrust exemption to form cartels, for the sole purpose of negotiating with the tech companies that can make or break a media company’s fortunes. This author has criticized the bill in detail here.

Adam Candeub, a tenured law professor who led President Trump’s efforts to change the rules around Section 230 of the Communications Decency Act, and FCC commissioner Nathan Simington are both considered experts on the topic of communications and media law.

In comments to Breitbart News, both men expressed alarm that the bill has been presented to members of congress as a means to protect independent journalism, arguing that it will instead benefit multi-billion dollar organizations like CNN and the New York Times, to the detriment of independent competitors.

In conversations with Breitbart News Candeub and Simington made a series of dire warnings about the bill:

The bill addresses a real policy concern: the underproduction of local news and elimination of diverse press voices given Big Tech’s ability to extract the advertiser revenue that newspapers once enjoyed. Unfortunately, the bill as it stands risks creating another, worse problem: an elite cartel of a few media companies colluding with Big Tech to silence everyone else. The failure of the the law to make negotiated licensing terms available to all news content creators as well as the lack of transparency for licensing terms is a recipe for mischief.

Commissioner Simington echoed Candeub’s point that while the protection of a free and diverse press is important, the bill could actually harm that goal, by strengthening large, well-funded media organizations to the detriment of smaller competitors. Simington warned that the bill’s beneficiaries are likely to be the “biggest, best-funded national journalism content creators,” with independent voices locked out.

Local journalism is a fundamental democratic institution, and I have been engaged with promoting local journalism since the beginning of my term on the Commission. The public consistently reports higher trust in local journalism than any other form of news. I have been speaking with local broadcast journalists and was astonished by their sense of mission, community involvement, and tenacious service in the face of natural disasters.

I worry that negotiations permitted under this bill would be dominated by the interests of the biggest, best-funded national journalism content creators. Without a mechanism to prevent this, the bill will effectively give such creators the ability to negotiate on behalf of an industry that they do not truly represent.

I would love more clarity on what counts as “similarly situated,” what constitutes a “digital news organization,” and “terms that would be available.” For example, if a local newspaper has inferior economies of scale to a national one, commercial terms with bulk rates per click are worse for the local newspaper, while commercial terms with a lump sum per piece of content are worse for the national newspaper. If these terms are available to both, but negotiated by the national newspaper, they will actively harm the local one. Are these two newspapers “similarly situated?” This might become a question for the courts.

Another possibility is that such terms may also include standards for sourcing, perhaps in the name of combatting misinformation, that reduce local editorial independence or that cannot be met at all by smaller operations. Without greater clarity, it is easy to imagine a parade of horribles.

Regardless of one’s position on the workability of the JCPA and the challenges it presents for univocal negotiation in the print journalism sector, I would note that broadcast journalism can be just as strongly benefited by far less extraordinary regulatory relief.

In addition to the warnings of Simington and Candeub, the bill also specifically carves out an antitrust exemption for negotiations that relate to “quality, accuracy, attribution or branding, and interoperability of news.”  This further supports Simington’s point that media companies might aim at the creation of a uniform notion of “quality” across the news industry that locks out small competitors.

That media companies will also be able to negotiate on the basis of “branding” also creates the opportunity for media companies to argue, as the New York Times has done, that they are less of a brand risk to digital advertisers than their competitors in the independent media, adding another justification to exclude competitors from the benefits of deals with Silicon Valley.

Allum Bokhari is the senior technology correspondent at Breitbart News. He is the author of #DELETED: Big Tech’s Battle to Erase the Trump Movement and Steal The Election.