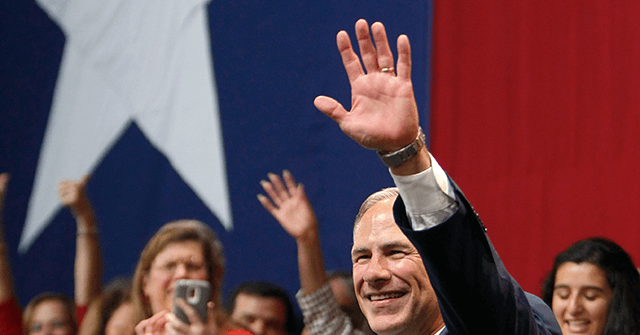 Texas has reported zero deaths from the coronavirus for the first time in nearly 14 months, according to ABC 13.

* 0 Covid related deaths–the only time that’s happened since data was tracked in March, 2020.

* the fewest Covid cases in over 13 months

* the lowest Covid hospitalizations in 11 months.

In March, the governor announced the end of the statewide mask mandate during an event in Lubbock, Breitbart News reported at the time:

The governor said all businesses of any type can be open at 100 percent capacity. He also said Texas is “ending the statewide mask mandate.” Abbott cited the number of vaccines administered to Texans, the experience that Texans have in choosing to wear protection, and the number of recovered COVID cases as reasons for the ending of the mandates and reopening of business at 100 percent capacity.

However, President Joe Biden later criticized the governors of Texas and Mississippi for lifting their mask mandates, calling the decision “Neanderthal thinking.”

“The last thing, the last thing we need is Neanderthal thinking that in the meantime, everything’s fine, take off your mask, forget it,” Biden commented.

“The entire country has paid the price for political leaders who ignored the science when it comes to the pandemic,” she said.

Cases of the coronavirus fell in Texas more than two weeks after Abbott lifted the restrictions, Breitbart News reported on March 29:

Over the weekend, the state’s seven-day positivity rate dipped to an “all-time low of 5.27 percent,” and hospitalizations fell to levels not seen since the fall. New confirmed cases fell from roughly 6,600 on March 2 to around 1,900 on March 28, according to Texas Health and Human Services data.

In a statement issued Friday, Gov. Abbott said, “With over 20 million doses of COVID-19 vaccine administered to date and over 50% of eligible Texans vaccinated with at least one dose, the Lone Star State has achieved an incredible milestone in our fight against this virus.”