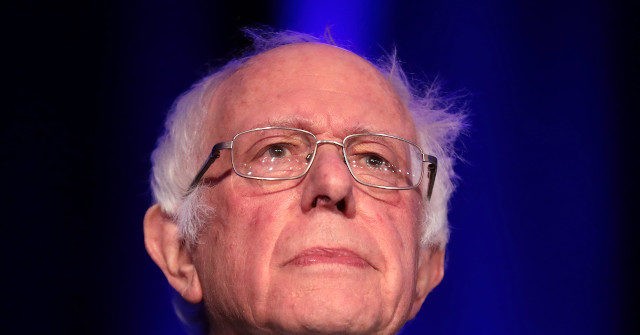 Senator Bernie Sanders (I-VT) said Wednesday on CNN’s “The Lead” that the GOP had become a “right-wing extremist party,” adding Republicans were unwilling to “do the right thing for the American people.”

Anchor Jake Tapper said, “One of the things that seems so amazing to me is I’m old enough to remember when front lines was something that people in congress loved to spend money on. It was bipartisan. You got to bring it home. Here we are in this period, infrastructure which polls agree has enormous support. If this can’t pass with bipartisan support, I mean, is there any hope at all of bipartisanship in the Senate?”

Sanders said, “Look, the answer is I’ve said earlier, I do not believe that there are ten Republican senators who are prepared to take on the wealthy and the powerful and special interests and do the right thing for the American people. I know that sounds very partisan, but that just is the reality.”

He added, “Yesterday we had a vote very radical vote, Jake, is whether or not there should be equal pay for equal work in America. Whether women should receive the same pay as men. Very, very radical, no doubt. We didn’t get one Republican to vote for it, so we are where we are. The Republican Party has moved over the years to away from being what we call center, right party to being rather a right-wing extremist party. There are some exceptions and some moderate Republicans, but they are few and far between. I think given that reality, what we have got to do — the American people voted for a Democratic president, Democratic House, Democratic Senate, our job now is to do what the American people want. Everything that I’ve told you, from child care to expanding Medicare to lowering the age of Medicare eligibility, these are popular ideas — raising the minimum wage, etc. It’s what the American people want. Let’s do it.”