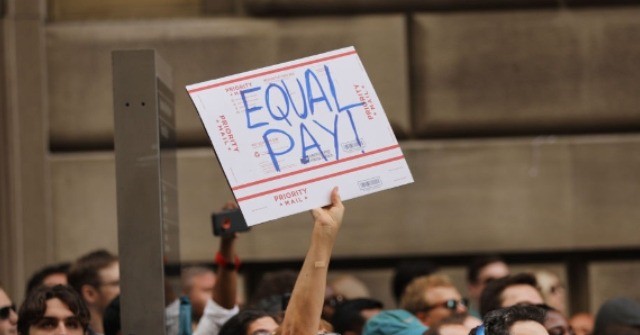 A group of Senate Democrats is working to advance a measure that would block funding for the 2026 World Cup if the men’s and women’s teams aren’t compensated equally.

Calls for equal pay between the men’s and women’s teams gained traction following the U.S. Women’s National Team’s (USWNT) 2019 World Cup victory. Those calls turned into action in April when House Democrats passed the Paycheck Fairness Act, a measure that sought to remedy supposed income discrimination across all fields of labor. The measure, however, was blocked by Senate Republicans.

While reports of pay discrimination within the U.S. Soccer Federation have been rampant, a far less publicized fact is that the USWNT is only operating under a different pay structure than the men’s side because they’re the ones who wanted it that way.

In explaining his reasoning for rejecting the USWNT’s equal-pay lawsuit in May of last year, Judge R. Gary Klausner pointed out that the women’s side had themselves rejected a pay regime that would have put them on the same footing with the men.

As the Associated Press reported at the time:

The history of negotiations between the parties demonstrates that the WNT rejected an offer to be paid under the same pay-to-play structure as the MNT, and the WNT was willing to forgo higher bonuses for benefits, such as greater base compensation and the guarantee of a higher number of contracted players.

Accordingly, plaintiffs cannot now retroactively deem their CBA worse than the MNT CBA by reference to what they would have made had they been paid under the MNT’s pay-to-play terms structure when they themselves rejected such a structure.

According to the Hill:

Sen. Joe Manchin (D-W.Va.), who introduced the GOALS Act along with Sen. Maria Cantwell (D-Wash.), noted that while federal funds are not directly allocated to U.S. soccer, there are a number of other ways the organization and its affiliates, including FIFA and CONCACAF, will likely use federal funds for the World Cup.

The senators said that if the bill is enacted and the women’s team is not given equal pay, funds provided to host cities, participating local and state organizations, the U.S. Soccer Federation, CONCACAF and FIFA will be blocked.

The 2026 World Cup is set up to be a North American affair, with the U.S., Mexico, and Canada, all hosting games.