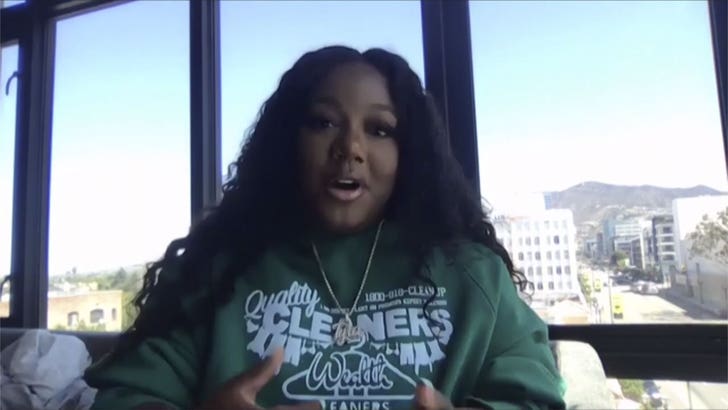 Tyra Myricks believes she has a solution to a notorious L.A. problem — she’s bringing New York-style pizza to the West Coast, and tells us she’s making it with the right ingredients.

Tyra — an entrepreneur and daughter of Jam Master Jay — has teamed up with T’yanna Wallace, daughter of The Notorious B.I.G., to launch Juicy Pizza … named after the latter’s smash 1994 hit track.

Myricks says she came up with the idea when she was struggling to find good NY-style ‘za in L.A. — a common gripe, especially for transplanted NYers. So, she hit up T’yanna with her plan, because Biggie best represents that Brooklyn vibe she wants for their pizza joint.

Tyra took us through the New York-inspired menu when she was on Thursday’s “TMZ Live,” and revealed their secret ingredient — real NY water in their dough. You gotta watch to see how they’re getting that agua out west.

If you’re still not sold, there’s also this — Juicy’s gonna have a members-only cannabis lounge in the back … to attract celebs and turn the place into a Hollywood hot spot. The fun begins real soon, because Juicy Pizza is opening its doors for dinner Saturday night.

For the full interview with Tyra … check out Thursday’s episode of “TMZ Live.”