Liam Neeson is shutting down rumors that he’ll reprise his role in the “Star Wars” franchise for the upcoming Disney+ series focused on Obi-Wan Kenobi.

Disney+ and “Star Wars” announced earlier this year that they are forging ahead with a Ewan McGregor-led series focused on the character that first debuted in “A New Hope” in 1977. Neeson previously played Qui-Gon Jinn in the 1999 prequel film “The Phantom Menace,” in which McGregor played a young version of Obi-Wan for the first time following Alec Guinness’ portrayal in the original trilogy.

Neeson appeared for an interview on “Jimmy Kimmel Live” this week to promote his new film “The Ice Road” when the host got blunt about asking if the 69-year-old action star had been asked to return to the “Star Wars” franchise.

“I heard Ewan McGregor was going to do a series,” Neeson said. “No, I don’t think so. No, I haven’t been approached.” 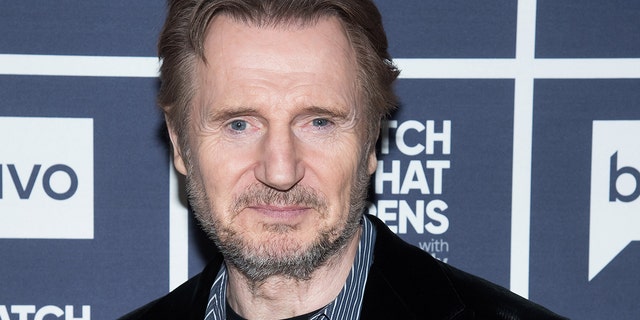 The actor then joked that Disney and Lucasfilm cannot afford him for a movie.

Kimmel took Neeson at his word, but made the salient point that Neeson is such a veteran actor that he could easily be lying to him and the comedian would never be able to tell.

However, given that Qui-Gon met his end at the hands of Darth Maul in “The Phantom Menace,” it would make sense that he wouldn’t be around in the TV series. In addition, the star’s name wasn’t mentioned in March when the supporting cast was announced.

While no details about their respective characters have been announced, Variety notes that Edgerton and Piesse previously played Luke Skywalker’s aunt and uncle in the prequel films, making it likely that they too will be reprising their roles and that a young Luke Skywalker could factor into the plot.

The show comes on the heels of “The Mandalorian,” which debuted with the new streaming platform in November of 2019. It has since gone on for two seasons and prompted the studio to announce spinoffs that are all set within the “Star Wars” universe, starting off with “Obi-Wan Kenobi.”