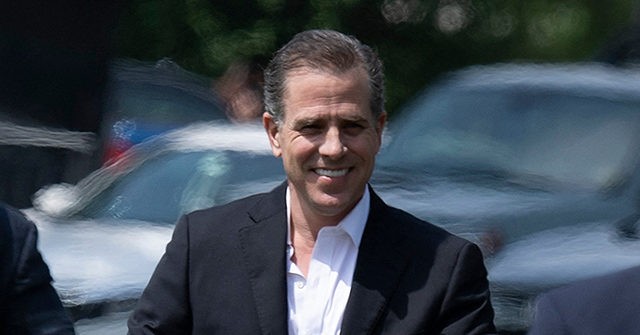 Last year, the New York Times ran a front-page story on a young cheerleader who said the n-word in a viral video. Yet, today, the paper is entirely silent about the egregious and voluminous use of the same word by Joe Biden’s son, Hunter.

In December of last year, the so-called “paper of record” wrote an article praising the actions of a left-wing activist who published a video of a teenage, bi-racial cheerleader using the n-word when she was a 15-year-old girl. The video went viral, and the activist suggested that the young woman was a prime target for the cancel culture.

The activist secretly held this video for three years and then purposefully released it last year to coincide with the young woman’s effort to be accepted to a college and to start the next phase of her education.

Indeed, the Times was pleased to note that the activist held the video back and waited until it might be just the “right time” to destroy the girl’s life. “He tucked the video away, deciding to post it publicly when the time was right,” the Times’s article crowed.

Not only did the activist hold the video for three years, he released it only hours after the young woman announced that she had been accepted into the University of Tennessee. Once the video was released and left-wing outlets, including the Times, began writing laudatory articles about the activist’s efforts to destroy the woman’s life, the university bowed to the mob and revoked the cheerleader’s scholarship. The school then pressured her to withdraw her registration entirely.

Flash forward to today as it was revealed that Hunter Biden used the n-word time and time again in his correspondence with his attorney, and we find that the New York Times is suddenly wholly uninterested in destroying the life of someone who blatantly uses such racist language.

A recent review of Hunter Biden’s texts with his lawyer, George Mesires, proves that the Biden scion repeatedly used the n-word as a common descriptive in his communications.

Indeed, in one of the communications, Hunter said of President Barack Obama, “you my ni**a, Barack.”

Despite the repeated use of the offensive slurs, media outlets, including the New York Times, are entirely ignoring Hunter’s transgressions even as they gleefully destroyed the life of a politically un-connected teenager who just wanted to go to college.