Authorities on Sunday are investigating the deaths of four people at a Michigan country music festival this weekend, including three men who were found dead inside a travel trailer from suspected carbon monoxide poisoning.

Emergency officials responded to the trailer after receiving a call around 1:27 pm Saturday about unresponsive people at a campground in Woodstock Township during the Faster Horses Festival.

Five men in their 20s were found unconscious. Three of the victims were pronounced dead at the scene and two were transported to a local hospital in critical condition and were being treated for acute carbon monoxide poisoning, the Lenawee County Sheriff’s Office said in a news release. 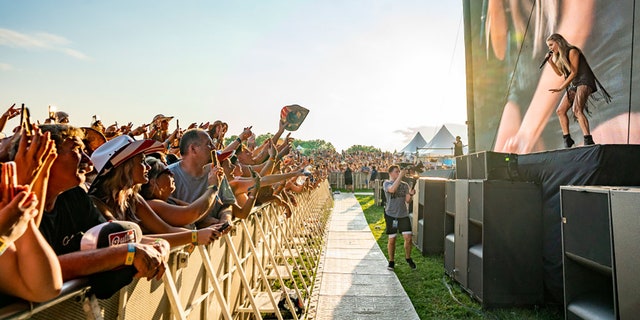 Investigators said the caller was a friend of the five men, who became concerned when he hadn’t heard from them.

“This tragic incident is being investigated as a suspected carbon monoxide exposure from a generator located very near the travel trailer,” the release added. “First Responders stress the importance of keeping generators away from camping areas, tents, travel trailers, etc. as well as exhaust fumes from running vehicles.”

Also on Sunday, state police were investigating the death of Melissa Donna Havens whose body was found early Saturdayat the Faster Horses Festival.

DETROIT WOMAN SPOTS CAR-THEFT SUSPECT IN BARBERSHOP, DRAGS HIM BY HIS DREADLOCKS: REPORT

Detectives are asking for help identifying a man who was with Havens at one point. Investigators with the Michigan State Police noted the suspect was a “Black male in his 30’s, short black hair, short beard and wearing a gray hoodie.”

The cause of death is unknown at this time. An autopsy will be performed along with a toxicology test.