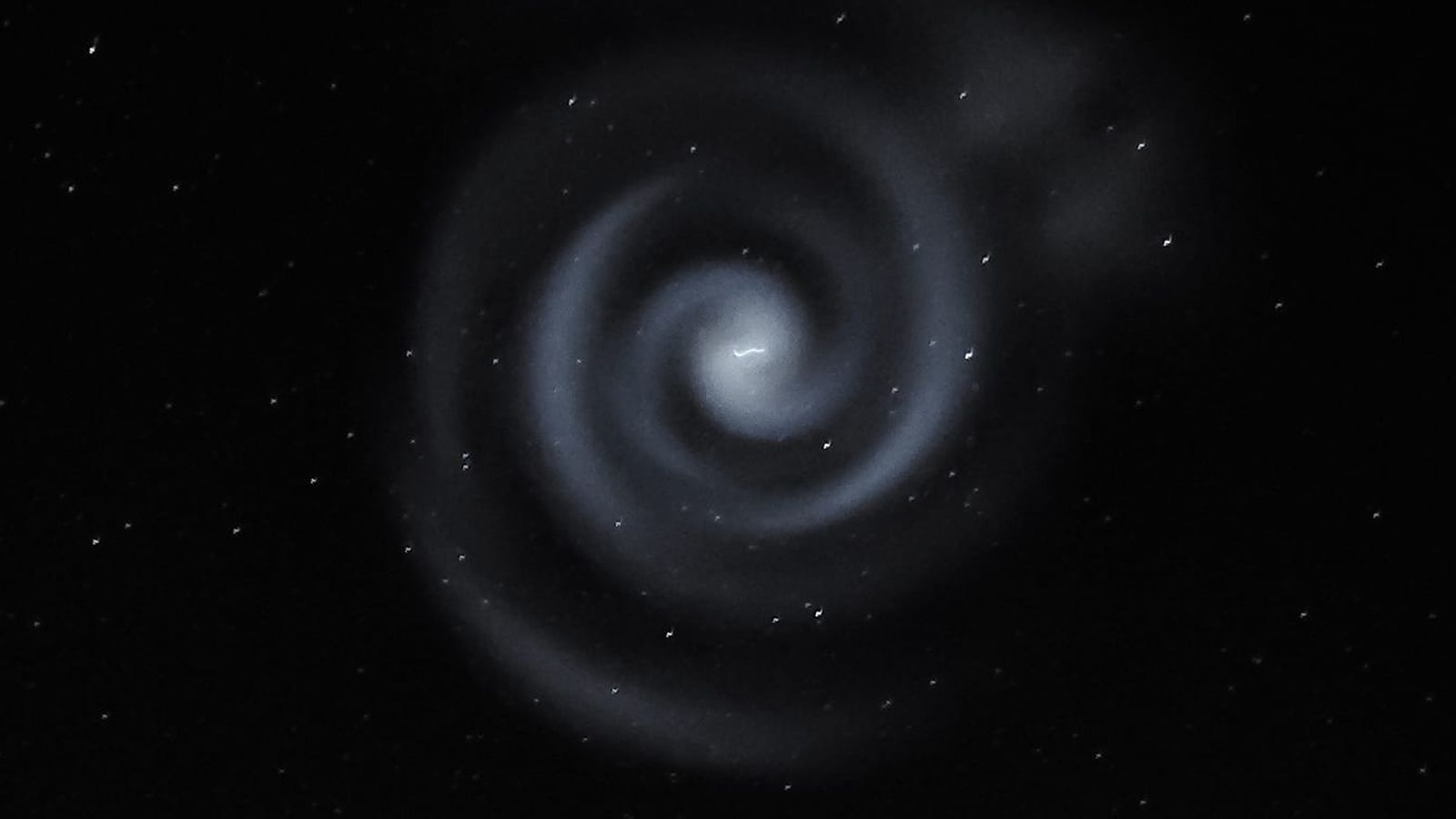 The appearance of an extraordinary spiral of blue light in the sky above New Zealand has prompted amazement among stargazers – and theories ranging from aliens to black holes.

“It was absolutely bizarre,” he told Stuff news website.

“It was like a massive spiral. And it very, very slowly, serenely moving north across the night sky and then just sort of dissipating as it went.”

He told TV3: “At first sight it almost looked like a spiral galaxy just hanging there in the night sky.”

Jen Ross, also from Twinkle Dark Sky Tours, said: “It was like nothing we’ve ever seen before. Just incredible.

“Standing there looking up at it I thought it was either aliens or a black hole that was opening up that we were all going to get sucked up into.”

What actually caused the spiral of light?

Professor Richard Easther, from Auckland University, explained the likely cause of the extraordinary light show.

“As far as we can tell it’s created by the sun catching the exhaust [fumes] from the second stage of a SpaceX rocket that reignited about an hour after it had been placed in orbit at Cape Canaveral,” he told TV3.

While Elon Musk’s SpaceX has yet to confirm it was behind the phenomenon, the company’s third rocket flight in 36 hours – the Falcon 9 rocket carrying a Globalstar DM15 satellites – is widely thought to be responsible.

Mr Burns, who photographed the spiral, explained how rockets could cause such an unusual celestial spectacle.

“If that exhaust does come out in a direction other than straight out behind, it can cause the staged part of the rocket to spin and it acts sort of like a rocket sprinkler and that exhaust goes out in a spiral,” he said.

Sadly, at least for those hoping the spiral was evidence of activity by extra-terrestrial beings, Professor Easther ruled out alien involvement.