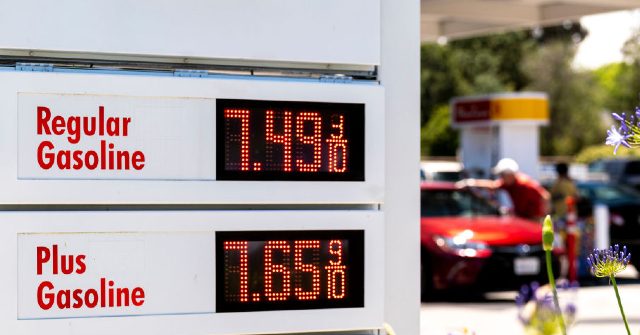 In December of 2021, the Biden administration forecasted that gas prices would drop below $3 per gallon, but seven months later gas prices reached over $5 per gallon, more than doubling since President Joe Biden assumed office.

The US Energy Information Administration said Tuesday the national average for regular gasoline will probably drop to $3.01 a gallon in January. For 2022, gas prices are expected to average $2.88.

That call is based on projections by the EIA for global oil production to increase more quickly than demand next year — especially given the emergence of the Omicron variant. This would be a reversal of the past 18 months, when output has been slow to meet surging demand as the world reopens from Covid-19.

Biden’s EIA forecast was not the only grossly incorrect prediction. Citigroup posited that “the energy boom” that was “fanning the flames of inflation is over.” However, inflation remains a permanent fixture of Biden’s presidency; the Consumer Price Index (CPI) rose to a 40-year high in May, while gasoline has increased over 48 percent in the last 12 months, according to the Bureau of Labor Statistics.

As evidenced, JPMorgan’s prediction was correct; gas prices reached a $5 average in June. Biden’s EIA now estimates Americans will pay $450 more for gas in 2022 than they did last year on an inflation-adjusted basis.

JPMorgan made another prediction in May, suggesting that gas prices could increase to more than $6.00 per gallon before Labor Day.

Follow Wendell Husebø on Twitter and Gettr @WendellHusebø. He is the author of Politics of Slave Morality.