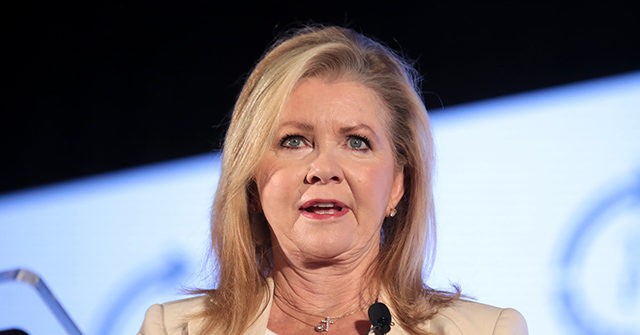 On Tuesday’s broadcast of the Fox News Channel’s “Fox News @ Night,” Sen. Marsha Blackburn (R-TN) argued that because of the Biden administration’s energy policies, and the large amount of American debt that is held by OPEC member nations, the United States has “no leverage” with the organization to urge it to avoid cutting production.

Blackburn stated, [relevant remarks begin around 2:20] “[W]hat we know is the White House wants to say, well, this is a nuanced issue. There is nothing nuanced about being intentional in what you’re doing. Day one, declaring an end to the Keystone pipeline, ending offshore, putting a million acres in Alaska out of reach, no new leases, ending fracking, drawing down the Strategic Petroleum Reserve at a billion barrels a day with no plans — I mean, million barrels a day, no plans to refill this, no plans. So, of course, the price is going up. And the interesting thing, OPEC will vote tomorrow about whether or not they want to limit production. And we have to bear in mind, we have no leverage with OPEC. The OPEC nations combined together are one of the top five holders of U.S. debt. We have no leverage in this fight.”