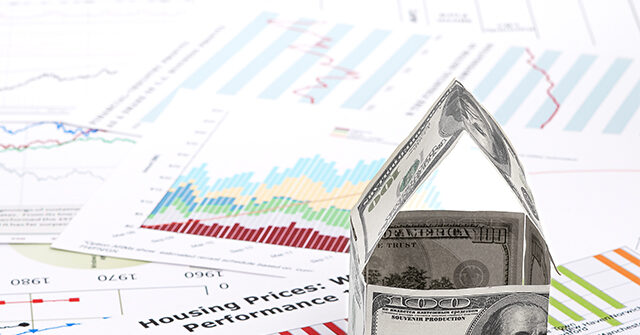 The economy is not going to make it easy for Federal Reserve chairman Jerome Powell to bring inflation down to the central bank’s two percent target.

The Commerce Department reported two pieces of data on Wednesday that suggested the economy actually accelerated in October, instead of slowing into the start of the fourth quarter as many expected. Both durable goods orders and new home sales came in stronger than expected, which will likely push up estimates of growth, push back estimates of the start of the looming recession, and push up forecasts of the Federal Reserve’s terminal rate.

More importantly, core capital goods orders were up 0.7 percent, largely reversing the 0.8 percent decline in the prior month. This was also expected to be unchanged for the month. That kind of growth suggests that the executive suites of U.S. businesses are not anticipating a significant downturn in the near term. Although it is always dangerous to make much of month-to-month shifts, the reversal between September and October suggests that business leaders have a somewhat more upbeat outlook than they did at the end of the summer. The three-month moving average for core capital goods orders is 0.3 percent, consistent with decent growth in gross domestic product.

Core capital goods shipments surged 1.3 percent, which is indicative of both GDP growth and perhaps further easing of supply chain problems. The decline in the prior month was revised to show just a 0.1 percent contraction, improved from the 0.5 percent shown in the preliminary estimate.

Not much of this can be written off as simply reflecting inflation. The producer price index for final demand goods less food and energy fell 0.1 percent. The index for private capital goods was up but only by 0.3 percent. As a result, this looks like real growth rather than the kind of inflationary illusion seen earlier this year.

Even more surprising was the surge in new home sales. Economists had penciled in new homes to sell at a seasonally-adjusted annual rate of 575,000. That would have been consistent with the ongoing decline seen for most of this year and with expectations that sales would continue to fall as mortgage rates climbed amid still very elevated prices. Mortgage rates were indeed high—above seven percent for most of October—and prices hit a new record high. Yet sales soared. No one can quite figure out why. One possible explanation is that buyers are worried that rates are going to be even higher next year and decided to buy before homes became even less affordable.

An optimistic take on this data is that it might make the so-called “soft-landing” scenario more likely. If the economy is growing this robustly despite the Fed’s series of super-sized interest rate hikes, perhaps it is strong enough to withstand even more of them next year without tipping into a serious recession. This view, however, depends on the forecast that inflation can be brought down without an economic slump, which is at least an open question. Economist Claudia Sahm embraced this view in a tweet on Wednesday.

For those who think that taming inflation back down to the Fed’s target will require a recession, the continued strength of the economy is less promising. It means that inflation will likely remain persistently strong, requiring even higher interest rates and an even deeper downturn to extinguish. While an economic slump in the first half of next year might be slight, one that is delayed into the second half will likely be severe.

The Atlanta Fed’s GDP now tracker rose to 4.3 percent for the fourth quarter on Wednesday. While that is almost certainly much higher than where we will end up, it does point to how much stronger the economic data has been in recent weeks.

Even the University of Michigan consumer sentiment survey came in better than expected—although it was not exactly great. The mid-month reading had consumer sentiment at the deeply depressed 54.7. Economists had forecast almost no improvement at all. Instead, it climbed to a still miserable level of 56.8. Even still, that’s below the October level and indicative of inflation continuing to weigh down household feelings on the economy. Compared with last year, consumer views of current economic conditions are down by around 20 percent, which cannot be good news for retailers as we head into the holiday shopping season.