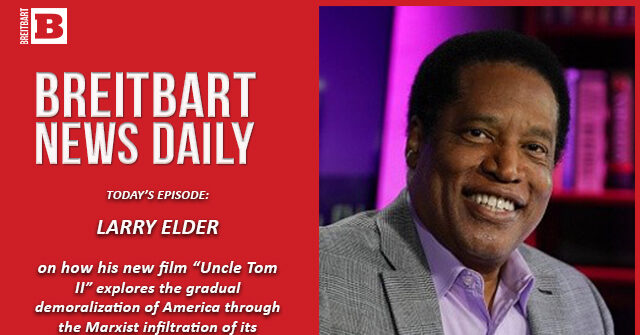 Host Alex Marlow opens today’s podcasts with Texas Sen. Ted Cruz’s disappointing 180-degree flip to join the establishment media in supporting the media cartel bill. It is an appalling move that will only serve one of the worst industries in the world, as Alex explains. Next, Alex discusses the Fed’s decision to raise interest rates another 75 basis points. This is exactly what everyone expected, and it probably won’t reduce inflation. So why bother? Alex explores. Alex also gives an update on the man who allegedly killed a “MAGAt” with his car. He is now out on bond. Our guest today is Larry Elder who discusses his new movie Uncle Tom II: An American Odyssey. It is sensational, and you should all watch it.

The Breitbart News Daily Podcast runs Monday through Friday as a “Director’s Cut” of the SXM Patriot radio show. Hosted by Breitbart Editor-in-Chief Alex Marlow, you’ll hear Alex’s take on the big political stories, interviews with various newsmakers, and the Patriot “Caller of the Day.”

SUBSCRIBE for free by clicking your preferred podcast platform below.