British Prime Minister Liz Truss told the U.N. General Assembly on Wednesday that free nations should band together and “act as an economic NATO” to defend prosperity against the malevolent influence of authoritarian regimes like Russia and China.

Truss’ speech was no doubt shaped by Europe’s energy crisis, with a hard winter looming as Russia shuts off its gas pipelines and uses energy as a weapon. A great deal of her presentation focused on developing defenses against China’s and Russia’s weaponization of global supply chains.

Perhaps much of Truss’ advice is coming too late, after decades of globalism and absurd “green energy” policies put those supply chain and energy weapons in the hands of autocrats, but at least she appeared to appreciate the severity of the problem.

“We will ensure that we can’t be coerced or harmed by the reckless actions of rogue actors abroad. We will transition to a future based on renewable and nuclear energy, while ensuring the gas used during that transition is from reliable sources, including our own North Sea production. We will be a net energy exporter by 2040,” the British prime minister promised.

“We won’t be strategically dependent on those who seek to weaponize the global economy,” she vowed.

Truss urged the free world to develop “economic strength and resilience” so it can “push back against authoritarian aggression and win this new era of strategic competition.”

Although she avoided calling China out by name, Truss took some not-so-veiled shots at the debt colonialism of China’s Belt and Road Initiative as the antithesis of her vision.

“Rather than exerting influence through debt, aggression, and taking control of critical infrastructure and minerals, we are building strategic ties based on mutual benefit and trust, and we’re deepening partnerships like the G7 and the Commonwealth,” she said.

“The UK is providing funding, using the might of the city of London and our security capabilities to provide better alternatives than those offered by malign regimes,” she said, leaving little question about which malign regimes she was referring to.

Truss said her notion of an “economic NATO,” composed of the G7 nations and “like-minded partners,” would take steps to “friendshore our supply chains” and parry economic attacks by authoritarian regimes.

“Friendshoring,” an idea that has gained much currency in foreign policy circles over the summer as Russia choked off Europe’s gas supply and China’s deranged coronavirus lockdowns threatened the supply of almost everything else, is essentially a very belated realization that giving savage dictatorships control over the economies of the free world might have been a bad idea, no matter how much money globalist businessmen made along the way. 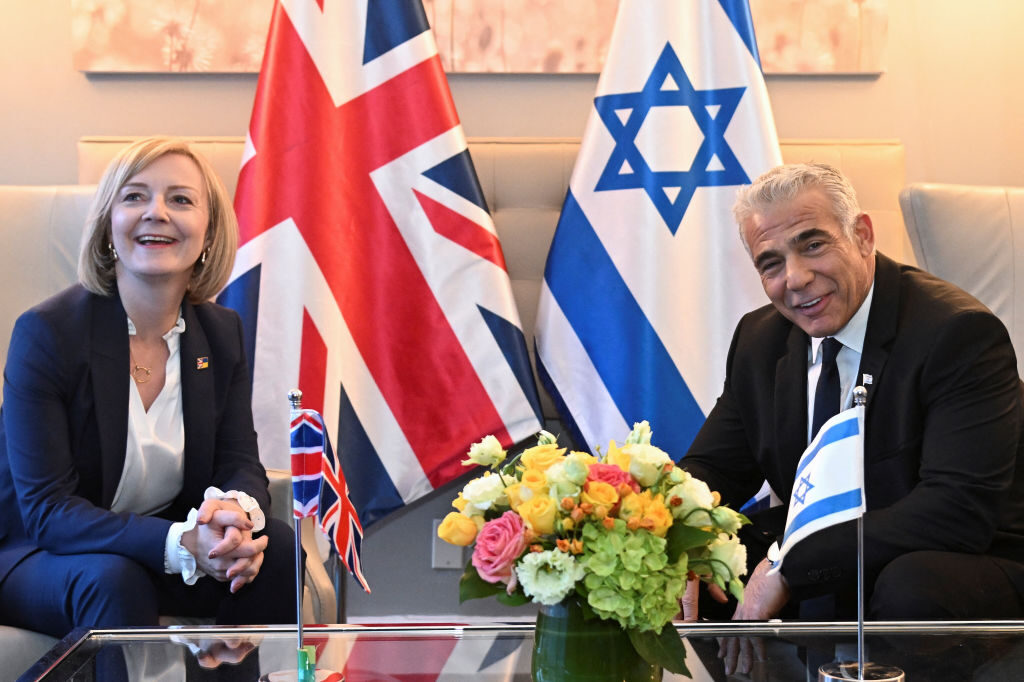 A great deal of “friendshoring” theory boils down to simply outsourcing production to South Korea, Taiwan, India, or Japan instead of China, should “reshoring” industries prove infeasible.

Truss naturally spent much of her speech denouncing Russia’s invasion of Ukraine, describing it as an intolerable offense against peaceful international order – one that demands the strongest possible response from the free world.

Truss compared Russian leader Vladimir Putin’s warmongering to the philosophy of the late Queen Elizabeth II, who “symbolized the postwar values on which this institution was founded.”

“Today those principles that have defined our lives since the dark days of the 1940s are fracturing. For the first time in the history of this assembly, we are meeting during a large-scale war of aggression in Europe, and authoritarian states are undermining stability and security around the world,” she told the U.N. General Assembly.

“No one is threatening Russia, yet as we meet here this evening, in Ukraine barbarous weapons are being used to kill and maim people. Rape is being used as an instrument of war. Families are being torn apart,” she said.

Truss castigated Putin for “trying to justify his catastrophic failures” and “doubling down by sending even more reservists to a terrible fate,” a reference to Putin’s mobilization of Russian reserves to counter Ukraine’s recent military advances.

Truss was especially infuriated by Russia’s plans to annex much of eastern Ukraine through a stage-managed “referendum,” and then threatening to use unlimited force – including nuclear war – to defend the conquered territory against Ukrainian or foreign “aggression.”

“He’s desperately trying to claim the mantle of democracy for a regime without human rights or freedoms. And he’s making yet more bogus claims and saber-rattling threats,” she said of Putin’s gambit.

Truss described Ukraine’s defense as “a story of freedom fighting back” and said the Ukrainians are not only defending their own lands, but “defending our values, and the security of the whole world.”

“We will not rest until Ukraine prevails,” she vowed.

Truss professed optimism that freedom will ultimately prevail over authoritarianism in the battle for the 21st Century, no matter how dark the outlook might seem today.

“Democracy gives people the right to choose their own path, and it evolves to reflect the aspirations of citizens. It unleashes enterprise, ideas and opportunity, and it protects the freedoms that are at the very core of our humanity,” she said.

“By contrast, autocracies sow the seeds of their own demise by suppressing their citizens. They are fundamentally rigid and unable to adapt. Any short-term gains are eroded in the long term, because these societies stifle the aspirations and creativity that are vital to long-term growth,” she continued.

Truss nevertheless said the triumph of freedom should not be taken as a given or regarded as inevitable.

“Unless democratic societies deliver on the economy and the security that our citizens expect, we will fall behind,” she said, urging free nations to conclusively demonstrate that “democracy delivers.”