A key signal of future inflation has settled in at a highly elevated rate, a development that should jolt the Federal Reserve out of its confidence that the recent inflation surge will fade soon.

A survey of business conducted by the Federal Reserve Bank of Atlanta found that the median expectation for inflation 12 months from now remained at 3.1 percent for the second straight month. That is the highest reading detected in the nearly 10-year-old survey. 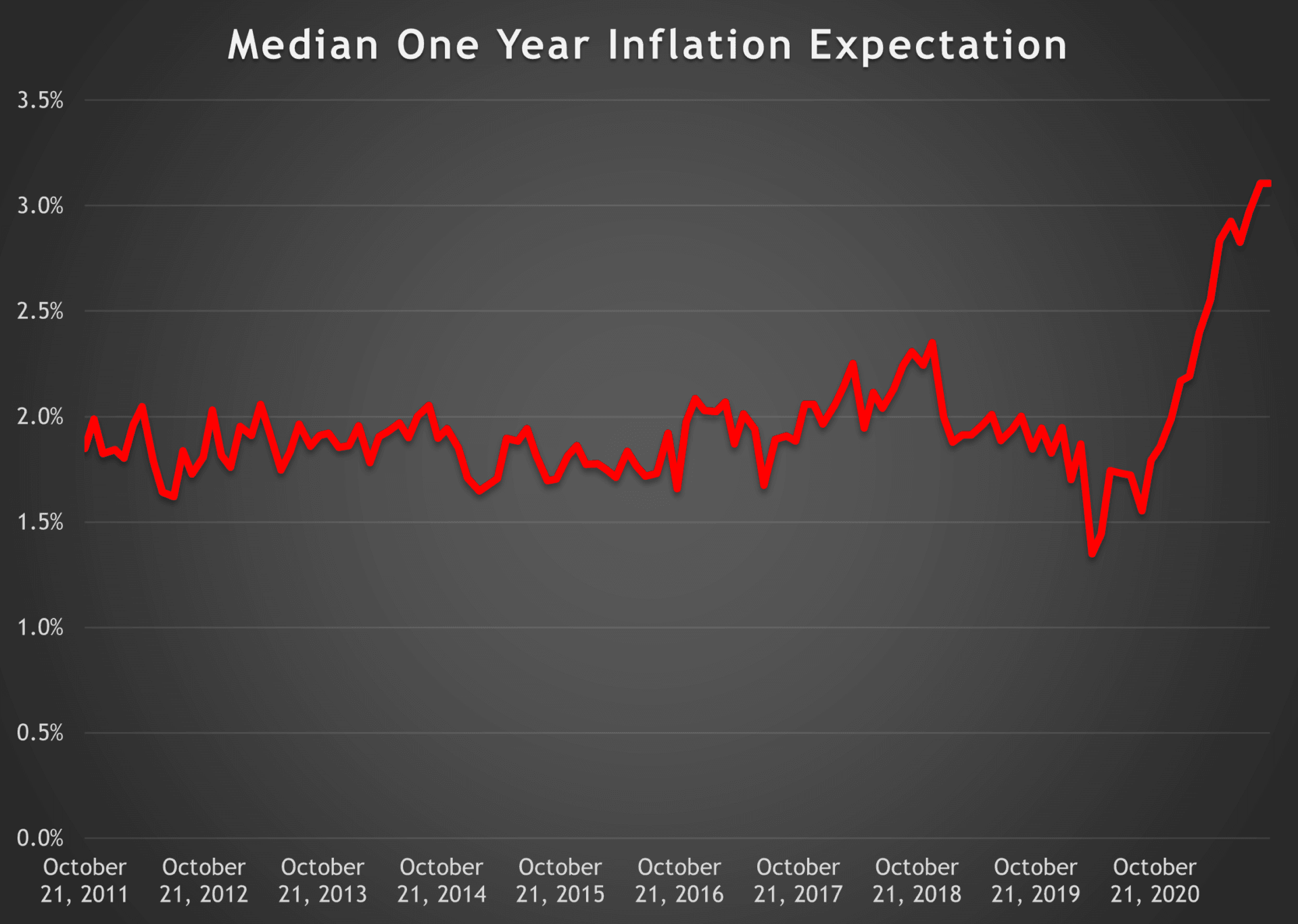 Fed officials tend to believe that inflation expectations can become self-fulfilling prophecies, powerfully influencing the path of future inflation by changing the behavior of businesses and consumers.

In the decade prior to the pandemic, businesses expected around 1.9 inflation on average. This year the average has been 2.7 percent and has been climbing most months.

In theory, businesses attempt to set prices based on what they expect inflation to be in the future. Businesses see prices rising for both themselves and their competitors and conclude that rising inflation gives them room to raise prices and raise wages.

“Up to now, indicators do not suggest that long-run inflation expectations are dangerously untethered,” Bostic said in a speech to the Peterson Institute for International Economics. “But the episodic pressures could grind on long enough to unanchor expectations.”

A recent paper by one Fed economists, however, challenged the view that expectations play a large role in controlling the path of inflation. Staff economist Jeremy Rudd’s paper says the faith in expectations rests on “shaky foundations.” Instead, he argues that it is actual inflation that changes the behavior of consumers, workers, and businesses.

That could be even more troubling given that inflation is now running at a very high level. In a separate report Wednesday, the Department of Labor said that its Consumer Price Index had jumped 5.4 percent on an annual basis in September, a one-tenth of a point acceleration from August and higher than forecast.

In his speech, Bostic said that the staff at the Atlanta Fed have stopped using the word “transitory” to describe current inflationary pressures, believing that the supply chain disruptions that are fueling higher prices are likely to persist for longer than initially expected.

The high level of inflation expected by businesses in the Atlanta Fed survey supports these concerns.

A report released by the New York Fed on Tuesday showed that U.S. consumers’ near-term and medium-term inflation expectations had continued to rise in September to new record highs. Consumers now expect prices to be 5.3 percent higher one year from now.

Like business expectations, consumer expectations are thought to change behavior. When consumers expect prices to rise, they demand higher wages to compensate.  Businesses, expecting rising revenue due to price hikes, are more willing to grant those raises.

Businesses in the survey do not expect inflation to moderate next year. In fact, the median expected inflation for 2022 was four percent, indicating an acceleration. Over the next five years, inflation is expected to run at three percent.

By contrast, the median expectation of members of the Federal Reserve’s Federal Open Market Committee is for inflation measured by the Commerce Department’s Personal Consumption Expenditure Price Index to run at 2.2 percent next year, 2.1 percent the year after that, and 2.0 percent over the long-run. The PCE price index tends to run slightly below the more familiar Consumer Price Index compiled by the Department of Labor.