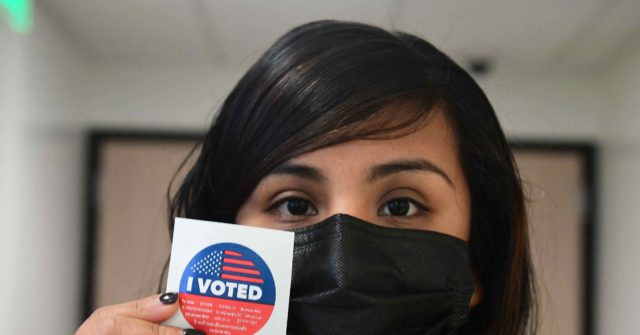 Tuesday is Election Day in the California recall election, which will decide the fate of Gov. Gavin Newsom (D), the 11th recall election in the history of the state.

Voting has been going on for nearly a month already, thanks to early voting and the state’s decision to extend universal vote-by-mail rules adopted in 2020 during the depths of the coronavirus pandemic. Polls will close at 8 p.m. PT, though ballots will be accepted for seven days if they were postmarked by September 14th.

As Capitol Public Radio explained on Monday, results will be largely be reported in three “waves.”

The first wave, which will be released immediately after polls close, consists of mail-in ballots already delivered and counted. Those results are expected to favor a “no” vote on the recall.

The second wave, which will be released over the course of the evening, will count Election Day voters, and could favor a “yes” vote on the recall.

The third wave will consist of mail-in ballots that were sent shortly before, or on, Election Day.

It is not uncommon for candidates who are leading on Election Day to lose over the following days, as more mail-in ballots are counted. Democrats typically prevail in such close contests, but Republicans took back several congressional seats in Orange County in that fashion in 2020. The final election results will only be certified on Oct. 22.

Six of the ten recalls thus far have been successful, according to the California Secretary of State’s office. The recall process was created during the state’s Progressive Era, more than a century ago.

However, today’s “progressives,” irritated by the fact that Republicans have used the recall process to boost the political opposition in what is otherwise a one-party state, are vowing to “reform” the process once the Newsom recall election is over, using their legislative supermajority.