Carl Nassib became the first openly gay player ever to play in an NFL game Monday night … and then he came up big for his squad — helping the Raiders win with a huge sack in overtime!!

Lining up for the first time in a regular season game since opening up publicly about his sexuality in June … Nassib was all over the field during Las Vegas’ win over the Ravens on “Monday Night Football.”

He logged three tackles and was disruptive throughout the evening — but in the game’s overtime period, he made a monster play to help lead the Raiders to a victory.

This defensive line… All heart.

Carl Nassib’s forced fumble puts us back in business. Live on @espn pic.twitter.com/kG1gLqxMeT

As the Ravens were attempting to drive down the field for a game-winning score … Nassib sacked Lamar Jackson, forcing a fumble.

The Raiders were able to recover the ball … and just a few snaps later, Derek Carr sealed it with a 31-yard touchdown pass.

Afterward, Nassib was pumped to get the win … telling reporters, “It was really special.”

“I’m really happy that we got the win on the day that kind of made a little bit of history which was really nice to do,” Nassib added. 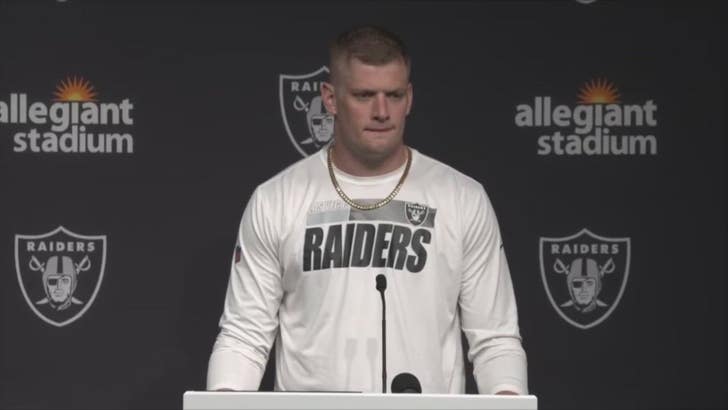 A reporter also informed the 28-year-old that a fan had worn his jersey and was attending an NFL game for the first time in order to support Nassib after his announcement.

And, Carl was stoked over the anecdote — saying, “That’s amazing. That’s a great story. I love that.”

Nassib and the undefeated Raiders are set to take the field next on Sunday against the Steelers in Pittsburgh.