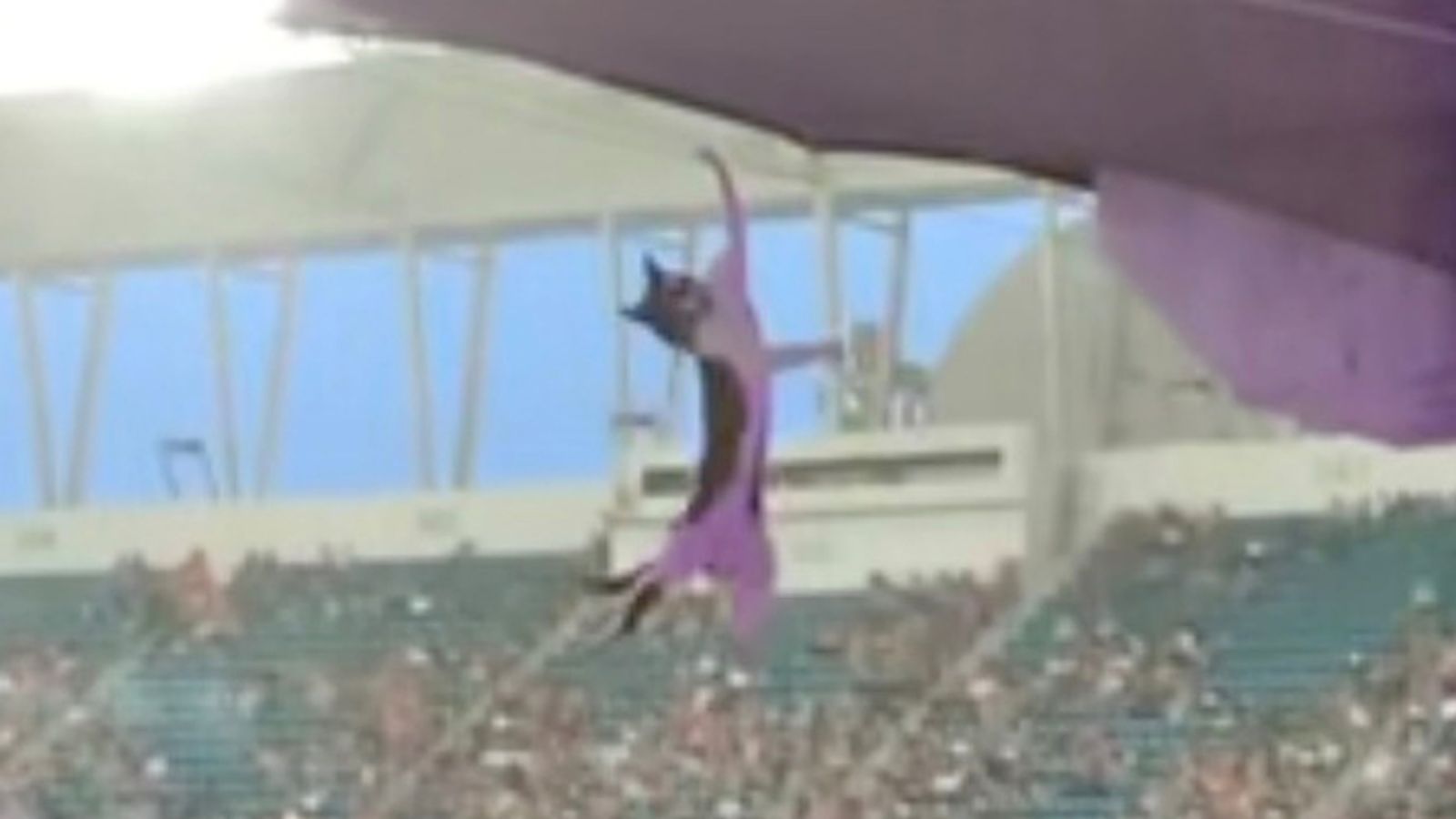 A cat has been saved by fans at an American football game in Miami after it plunged about 30ft from an upper deck of the Hard Rock Stadium.

Video footage showed the black and white feline apparently clinging by its claws to fabric on the front of the deck after it got stuck during the first quarter of Saturday’s college game between No 22 Miami and Appalachian State.

It fell about nine metres to the lower level of the stadium, where fans used an American flag as a makeshift net to safely catch it.

“They were trying to grab it from above and they couldn’t reach it, but they were scaring it downward,” said Craig Cromer, a facilities manager at the University of Miami and season-ticket holder who with his wife Kimberly brings the flag to each home game.

“It hung there for a little while with its two front paws, then one paw, then I was like, ‘Oh my goodness, it’s coming soon’.”

Mr Cromer unhooked the flag from the railing and the cat fell into it and was secured by the crowd before being taken away by stadium security workers.

We are happy that due to the heads up nature of fans in sections 107, 110 & 208 the cat landed safely after a harrowing fall. We wish the cat the best in his remaining eight lives.

We have made a donation to @humanemiami and encourage fans to do so. https://t.co/NAVvDYiO41

Miami coach Manny Diaz, whose team won 25-23, said he found out about the incident after the game and said: “I don’t know anything about that or what was going on.

“But I’ll tell you if the cat will help us in our red zone offence I’m going to see if we can get give it a scholarship.”