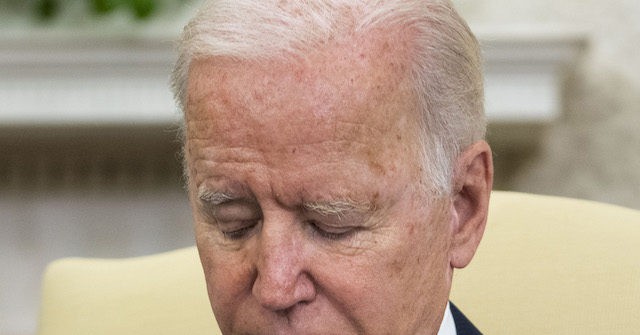 And the Firm Grasp of the Obvious Award goes to … Chuck Todd of NBC News!

“I think he’s got a pretty big credibility crisis on his hands,” Mr. Todd opined this weekend about President Biden.

Specifically, Mr. Todd noticed there was an unpleasant situation in Afghanistan and a humanitarian crisis on our Southern border — both entirely of Mr. Biden’s making. Also, a global pandemic continues to rage across America despite Mr. Biden’s insistence that only the federal government could cure the menace, and he had just the plan to do so.

“All of these problems, in some ways, showed up after he said something basically the exact opposite,” Mr. Todd sleuthed.

“The booster shots — he came out and essentially said eight months and even indicated maybe we should start it as soon as five months,” Mr. Todd continued. “Now we’re not sure if anybody under 65 is going to get a booster shot.”

Feasting on the full banquet of the obvious, Mr. Todd even discovered the squalid slum encampments popping up along the Mexican border inspired by Mr. Biden’s promises of amnesty for illegal aliens, free health care, and generous welfare.

“We can talk about the border problems and say they’re years in the making, but it’s pretty clear we have a bigger problem now than we’ve had in years,” he observed. “These policies have turned into becoming a magnet.”

Many middle-aged, geeky men like Mr. Todd grow goatees to conceal the fat that accumulates around their faces as they get older. Others grow goatees because they suddenly become so smart.

Well, at the very least, you have to admit that “credibility crisis” is a specific area of expertise for Mr. Todd and the pack of frothing jackals he runs within Washington. You know, Meet the Press.

For five years, these news lizards concocted every fantastic tale they could think up to slime President Trump. They made up stories about him, his family, and anyone who worked for him.

They worked hand-in-hand with sleazy political operatives campaigning against Mr. Trump. They colluded with government hacks, military officers, and even our own Justice Department to destroy a president duly elected by the American people.

Now, all that corruption is coming home to roost. All the lies and coverups are becoming uncontainable. The True Joe Biden is emerging.

As the press turns.

• Charles Hurt is the opinion editor of the Washington Times.